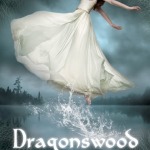 DRAGONSWOOD ARCS arrived! YA Fantasy, companion book to DRAGON’S KEEP, will be out Jan 2012. ~On Wilde Island, one girl must face her destiny or there will be no peace among dragons, fairies, and humans.~ Jacket photo of girl © 2011 Gabrielle Revere Here’s what the back cover says:Wilde Island is in an uproar after… END_OF_DOCUMENT_TOKEN_TO_BE_REPLACED

DRAGON’S KEEP is out in Germany It’s always fun to pop open the box when one of my foreign language books arrives in the mail. This week my agent, Irene Kraas, sent me a box with beautiful copies of DRACHENKUSS. The cover art is similar to the US DRAGON’S KEEP except for the hand. The… END_OF_DOCUMENT_TOKEN_TO_BE_REPLACED