It’s Appreciate a Dragon Day. So let’s hear from the dragons! I pulled some dragon lines from the newest book in my Wilde Island trilogy: IN THE TIME OF DRAGON MOON due out with Kathy Dawson Books March 24/2015 ~Knife in hand, I crouched under the willow. Father’s dragon skimmed over the river, her crimson… END_OF_DOCUMENT_TOKEN_TO_BE_REPLACED

WHY I WROTE THE BOOK

I have never seen visions in the fire, though the writing craft is sometimes like that.   I have never been accused of witchcraft, though I might have been if I’d been unlucky enough to be born in medieval times when anyone deemed “different” was suspect. I’ve never been forced to dress as a leper… END_OF_DOCUMENT_TOKEN_TO_BE_REPLACED

If you’d like to win a signed copy of Dragonswood for a summer read Dark Mind Book Tours is hosting Dragonswood reviews, interviews, excerpts and giveaways for the next two weeks. I had a lot of fun with the author interviews and the character interview with Tess. (I had to climb over the boundary wall and follow… END_OF_DOCUMENT_TOKEN_TO_BE_REPLACED 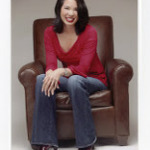 BEST BOOK BIRTHDAY EVER Yesterday was the Best Book Birthday ever with many well wishers on twitter and Facebook (thank you!) I woke up wanting to go to lunch to celebrate. I’m not a last minute sort of person so I had little hope of swinging a sudden lunch, but I called friend and fellow… END_OF_DOCUMENT_TOKEN_TO_BE_REPLACED 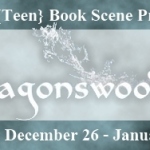 DRAGONSWOOD ARCS arrived! YA Fantasy, companion book to DRAGON’S KEEP, will be out Jan 2012. ~On Wilde Island, one girl must face her destiny or there will be no peace among dragons, fairies, and humans.~ Jacket photo of girl © 2011 Gabrielle Revere Here’s what the back cover says:Wilde Island is in an uproar after… END_OF_DOCUMENT_TOKEN_TO_BE_REPLACED