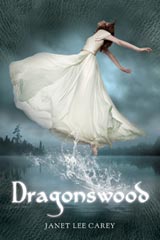 Note to discussion leaders: Dragonswood is a historical fantasy set in medieval England. The story explores the perennial issues of friendship, loyalty, and betrayal. The book also depicts the severe social limitations on girls and women in medieval times, and how one girl fights back and finds her path to freedom.

FOCUS: Students and teacher or reading group leader discuss the roles of friendship, loyalty, and betrayal from the book, Dragonswood. At the end of the discussion, class will define “loyalty.”

Early in the book, Tess is forced to name her friends to the witch hunter, putting them in danger. When her moment of escape comes, she has the choice to flee alone, or to risk her life, staying behind long enough to help her friends escape. This moment tests her true character. Tess puts herself in danger taking her friends out on the road, caring for them until she can find a safe haven for them all.

The story explores the mistakes we make along with the power of decision. The character, Tess, continues to make decisions to alter a destructive course she’s put herself and her friends on. The story explores each person’s power to try and right a wrong.

“We may think of ourselves as loyal friends, but our true loyalties reveal themselves when we are tested.” Author Janet Lee Carey

CONCLUSION:
Look at original friendship list. After discussing the story do they want to add any new words to the list? Ask the class to define “loyalty.” 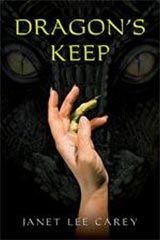 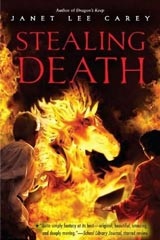 Egmont USA © 2009
Welcome teachers, librarians, and book groups. Choose any or all of these questions to launch discussions.

Discussion Questions for Wenny Has Wings by Janet Lee Carey

END_OF_DOCUMENT_TOKEN_TO_BE_REPLACED 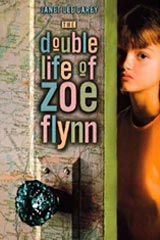 These questions are designed to be used either for class discussion or as short writing assignments. Students may also explore their thoughts about these questions in their journals. Some schools have chosen to use the book and questions as a part of a broader study unit on poverty awareness and homelessness, to increase student interest in community service and link up to outreach organizations in their community.

For more on helping homeless families and children in need, see Hopelink at www.hope-link.org and National Coalition for the Homeless at www.nationalhomeless.org

END_OF_DOCUMENT_TOKEN_TO_BE_REPLACED by the author of The Double Life of Zoe Flynn