The BEAST is Back in Paperback! 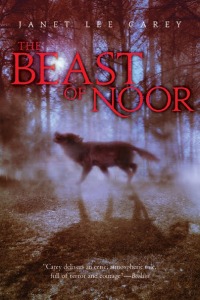 The Beast of Noor was just released in paperback. He’s left the shadow realm and crept out to haunt the shelves this Halloween season. There will be a book giveaway to some lucky winners to celebrate his release this month.(see more below)

The Shriker is back hunting those who wander in Shalem Wood. On the night of the dark moon he breaks through the great wind wall with a vengeful hunger that drives him back into the world of men. Finding passage from the Otherworld, he shape-shifts into a great, black dog of monstrous height. In the deeps of Shalem Wood, he howls. And his moon-call is a spell song for those who come to die in his jaws.

When the demon hound comes after Miles’s sister Hanna, Miles determines to go after the beast and kill him before any more blood is shed. But Miles does not know what secret power awaits him in the wood, what transformation he must face to hunt the monster down.

“Be careful when you fight the monsters, lest you become one.” Friedrich Nietzsche

Praise for The Beast of Noor

~ Carey is a generous and lyrical author . . . magical moments that will have your heart sing in one moment then shiver in the next. Highly recommended. ~ Charles de Lint

~…the novel reads almost like a fairy tale, with the same rhythms and the same etiquette. Recommend ~ School Library Journal

~ This is a great, creepy, interesting tale. . . Perfect for a stormy, foggy night, curled up with hot chocolate, warm and safe in your house. ~ Teens Read Too

Book Giveaway
Just leave a comment and you might win one to read curled up by the fire.

Best in Books and Beasts