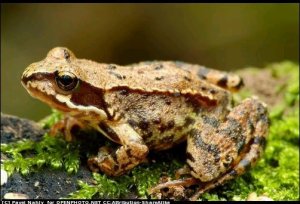 Author Julia Cameron talks a lot about how the world joins you in synchronicity when you commit to a project. I’ve experienced this phenomenon any number of times. The most recent incident had to do with leaping from one novel to another. It was time to leave Stealing Death (after sending it in on deadline -whew) and go back back back to medieval times to continue the sequel of Dragon’s Keep. Leaps like that are hard to do but after four full writing days I was in!

The universe, or is it my muse? agreed. I was in the middle of a scene where noisy croaking frogs began a heated argument between Tess and her friends, when I had to run off to critique group. The first thing I saw when I arrived in the backroom of the coffee shop, was an enormous green clay frog in the center of the table.

A bit suspicious I asked, “Who put that there?”
Everyone shrugged.

Hum . . . pretty strange the lengths some muses go to to let a writer know she’s on the right track.