We had a blast in Japan! I flew there with my husband, Tom. We met my agent, Irene Kraas, in the airport and were driven to a five star hotel.

On the morning of day one, we viewed the Wenny Has Wings movie (Remember That Sky opening in Japan April 26th) in the Sony studio which just happened to be right across the street from our hotel. 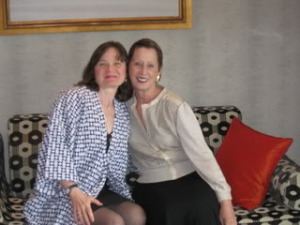 Irene and Janet in the hotel room getting ready to view the movie. Note the comfy kimono.

The movie was brilliantly done. Somewhat different from the book but that’s to be expected. The actors were perfect for their key roles: Yutaka Takenouchi as the father, Miki Mizuno as the mom, and the brilliant young actor, Ryohie Hirota as Will and the little, Riko-chen as Wenny. (see poster in earlier blog).

Two days of intensive interviews with help from the interpreter, Yoshiko Okura, followed the film — newspapers to manga to magazines (including Newsweek Magazine Japan) to TV spots. It was a whirlwind and Irene Krass was there with me through it all. We drank gallons of water to keep going! 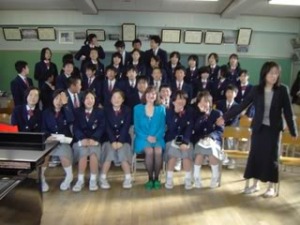 We left for a school visit and TV spot at Kabara Junior High School where I played the song a wrote for Wenny “You Had To Fly”. We had a terrific time getting to know the kids there. Note the green slippers! 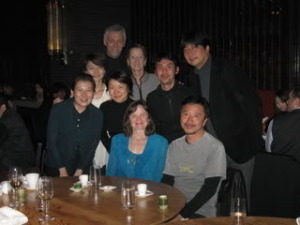 Sony Studios not only put us up in a top Tokyo hotel, they also took us to dinner after the interviews. Here we are with the producers, director, Shin Togashi (on my left), Sony senior publicist, Miki, and senior vice president of SonyMusic.

On day three we were free to become tourists. After another night in Tokyo, Irene joined us on the bullet train to Kyoto. 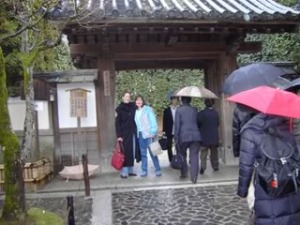 Irene and Janet in front of Temple Gate

It rained on the day we toured Kyoto temples but we braved the weather. Tom caught this shot of Kinkakuji Golden Pavilion in the rain. 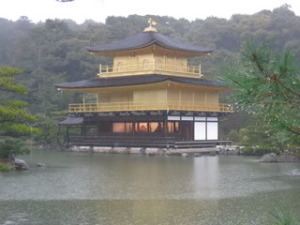 Irene sped back to the states. Tom and I took the train with Drew to Koyasan where we stayed in the temple two nights, went to early morning Buddhist services, visited the historic graveyard, and hiked steep trails through a cedar and bamboo forest. 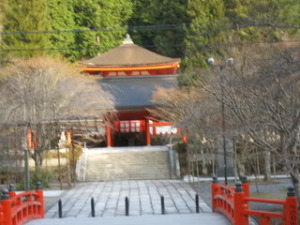