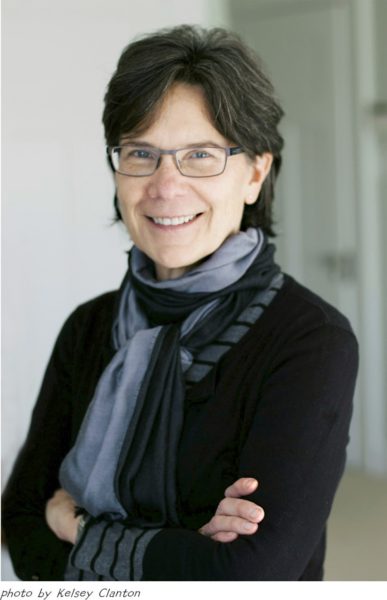 Janet: I’ve been a longtime fan of Elizabeth Rose Stanton’s playful picture books. When I ran into her at a recent book signing, I got in line behind her to ask if she’d do a CC with me. And joy! Here we are. Elizabeth’s here to talk Doodle Power, and she’d graciously agreed to give away two of her delightful picture books, Henny and Peddles! 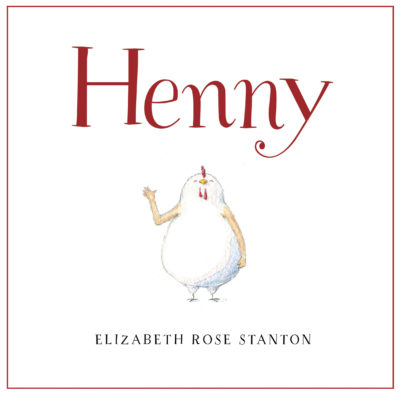 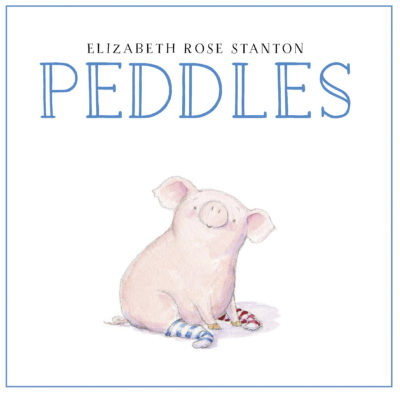 Can you tell us about the process of making your picture books? I can’t draw my way out of a paper bag, so I’m deeply curious about writers/illustrators.

Elizabeth: My process always begins with a character. From that, all things flow! There are a couple of ways the characters usually appear. People who know me know I am a terrible procrastinator and when I procrastinate I’m usually drawing. There’s something about HAVING to do something that makes my brain go elsewhere! I call it procrastidoodling. My first book, Henny, was the direct result of a procrastidoodle. I was thinking about birds that have wings but can’t fly, and out popped a doodle of a bird with arms. The rest, as they say, is history 😉 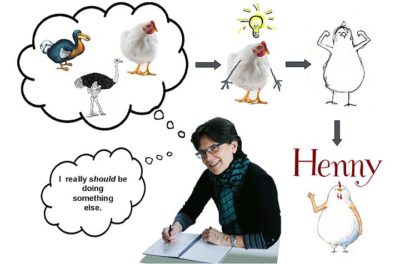 I also do what I call, “riffdoodling” —again, usually while procrastinating! A riffdoodle is when I am essentially copying another illustration, be it my own or someone else’s. It’s a very powerful tool for both inciting character ideas, as well as learning how other people produce their work. Copying the work of illustrators like Maurice Sendak or Lizbeth Zwerger, for example, can make us stretch outside our own comfort zones. Maybe I should call it “procrastiriffdoodling!” It’s basically how Peddles came to life!

Janet: I love your doodle solutions, Elizabeth. On a similar line as riffdoodling, I read authors I admire to immerse myself in their language. It’s like getting into a word river, and my own words come from that immersion. Something magical happens when I read Ursula K. LeGuin.

Elizabeth: Yes. Ursula LeGuin is amazing. Catwings! I think I’ve riffdoodled those exquisite little pen and ink drawings by S. D Schindler or at the very least been inspired by them. If cats can have wings, why can’t chickens have arms 😉 ?

Janet: Yeah!! I also have a stubborn inner storyteller who won’t work in a linear manner. If I try to force things, she clams up. I test as abstract/random, and am still learning to negotiate with my creative side — deadlines make that difficult.

Elizabeth: I hear you! I always have the expectation that everything will proceed in a step-by-step fashion. I think it’s the architect in me. But it never does. I think that’s why much of the creative stuff pops out when we don’t force things. . . we’re fleeing structure and the confines of our left brains, so to speak. That’s one of the reasons I think doodling helps. And I think it helps artists and non-artists alike. Anyone can doodle-draw. There are even studies that show it fosters creative thinking!

Janet: Cool. I’ll try it. Who knows where it will take me. I know you’ve doodled your way into other books. Can you tell us about your latest? Were there any challenges you had to draw your way out of? 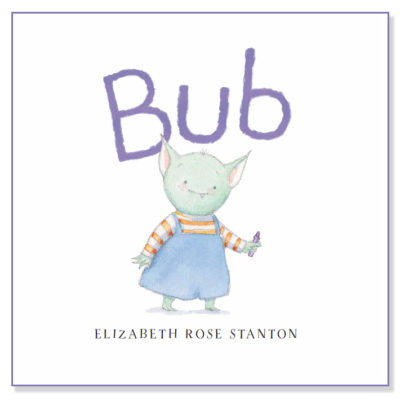 Bub was the product of a whole bunch of “little monster” drawings I had done for fun, combined with a separate idea I had for a picture book. My editor at Simon and Schuster noticed the little monster drawings and was curious about them. I didn’t have a story and told her so. She wondered what else I was working on and I told her my thoughts about a little middle child and how he gets caught in the middle of his eccentric family. She said “that’s it! Why not combine the two?” and BUB was born!

Janet: A monster in the middle sort of thing.

Elizabeth: Yes! And I had some very specific ideas about how to paint the drama that was at the core of Bub’s story. To make his point, Bub ends up making a decision about how to get his family to pay attention to him, and my editor and I went back and forth quite a bit about how that should be done. Let’s just say, at the beginning, it involved a lot of watercolor paint splatters.

Janet: Sounds messy. Were you blocked at any point?

Elizabeth: I always get blocked along the way—both with the writing and the illustrations.

Janet: One thing I’m seeing lately is that block = breakthrough.

Elizabeth: The blocks make us stop, obviously, but they also force us to confront the problems. And when we do this, especially when there is a deadline and we have no choice, I actually think it spurs on a kind of creativity, not unlike the kind that happens while procrastidoodling. Our creative backs are up against the wall, so we HAVE to do something. Right?

Janet: Yeah. I use journaling much the way you use procrastidoodling. When I rant in my journal, “This is Impossible! There’s no way to fix this!” I often find the answer comes out soon after. It’s as if my left brain is complaining to my right brain, who already knows the solution. One example of block = breakthrough is from Wenny Has Wings. I’d named the tarantula Igor. And loved his character in the book. There’s a big scene where Igor is molting, and Will writes a letter to Wenny about it. I later learned that male tarantulas don’t molt as females do. Doh! I didn’t want to change Igor’s name. So (right brain to the rescue!) Will writes a letter to Wenny breaking the news to her that Igor is female. Ha! 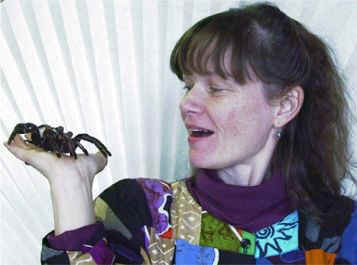 Elizabeth: Ha! Yes! Those sneaky right brains know, don’t they? I had similar blocks with Bub in that . . . spoiler alert . . . a sticking point was how Bub was to manifest his “exit.” One scenario involved the splatters, but my editor thought it too “violent” so I had to come up with something equally dramatic but more kid friendly, so to speak. I circled and circled the problem. I agonized, and part of it was having to let go of the paint splatter idea, but one day it all fell into place. The solution was literally physically within the book—and I still got to use some splatters, to boot!

Janet: Can you trace back how you found it? Or is the way to the solution magical and invisible? If so, that’s okay. Just wondering.

Elizabeth: OH! You have no idea how prescient your question is! The answer was very magical and invisible. When you read Bub, you will see what I mean!

Janet: This morning in my journal I wrote. Curiosity is the Cure. You had to let go of your old beloved idea, and be curious. I’ve run into this countless times when I’m dealing with edit letters that ask me if I’m willing to go for some big changes, like, for example, restructuring the novel from two VPs to one VP. I usually feel like my brain will explode. But the creative part of myself is already coming up with cool solutions. I have to step back, ask, “what if?” and be curious.

Elizabeth: Letting go is one of the hardest things in writing. But one thing I learned that has helped me in the writing and illustrating of all of my books so far is the notion of hanging on to the core idea. As architects, we were taught this early on. There is a term architects use. It’s called the “parti.” The simple definition of it is that it is the Big Idea— that which everything is organized around. For me, the parti is always the character: Henny is a chicken with arms. Peddles is a piggy in love with red cowboy boots. Bub is a little green middle child monster. These were the Big Ideas behind the stories. In all three books, I had to let go of a bunch of lesser ideas and illustrations (and even characters), but I never lost sight of, nor did I alter the essence of who they are.

Janet: Yes! Though I’ve wrestled with lots of hairy revision challenges (picture Janet wrestling with a hairy monster here), no editor expects or wants to mess with the core of the story.

Elizabeth: It may be that picture books because there are fewer “pieces” are more like a house of cards? Seems like when you move one little piece, yikes! I do agree, though, that good editors don’t want to lose sight of The Big Idea.

Janet: Maybe it’s time to procrastidoodle? I do have a silly sideways question if you’re game, Elizabeth?

Elizabeth: I love silly. Fire away!

Janet: Well I was fiddling about, looking at your website before our chat today, and I saw this! 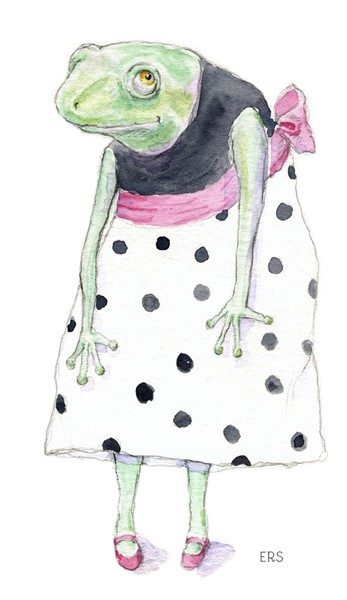 And I thought. Who and What is this?

Elizabeth: Ah yes, my the frog girl. She’s an example of what I like to think of as “going through the sideways door.” Why not put a frog in a party dress? Frogs deserve to feel pretty sometimes, don’t they? When I start asking questions, it often opens that sideways door.

Janet: As a former architect, I’m appalled at the notion of you “going through the sideways door,” Elizabeth!

Elizabeth: Haha, yes. That’s why I’m not an architect anymore 😀 Aren’t you relieved? 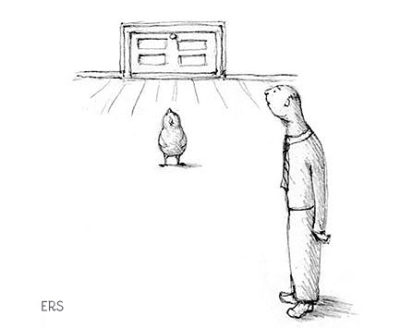 Janet: I’m so glad you took on PBs instead! Thanks for the creative conversation today, Elizabeth. May you continue to build stories for all of us.

And now for the fabulous 2 book giveaway! To those of you who are new to rafflecopter, you can enter by doing a tweet (The tweet is written for you ahead of time. You just need to click. Also, you need to click “I Tweeted” to confirm the entry). Or, if you are not on Twitter, enter by making a comment below. Good Luck All!