Today we’re going on an amazing Dreamwalk with Author J. Anderson Coats,whose newest novel SPINDLE AND DAGGER takes us on a treacherous journey to Medieval Wales. 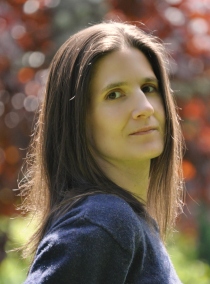 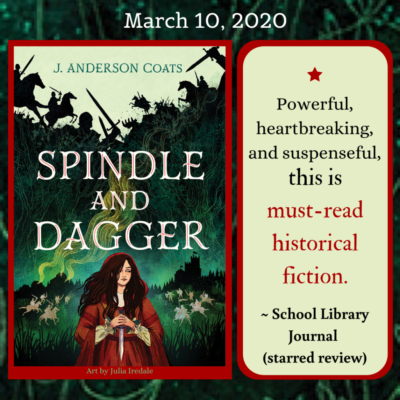 “This rich literary novel follows Elen, who must live a precarious lie in order to survive among the medieval Welsh warband that killed her family.”

Q: Welcome to Dreamwalks! Spindle and Dagger is your second historical fiction novel based in medieval Wales. What draws you to this particular period?

A: Medieval Wales doesn’t get a lot of attention despite it being a complicated, dynamic place. One thing I’m interested in is power relationships, and the rulers of Wales had their work cut out for them to maintain their autonomy, given their close proximity to England. You’d think after the Norman conquest of England in 1066, an independent Wales would have also fallen quickly, but native government stayed around for more than two hundred years after. There are a lot of stories in those years of resistance, adaptation, conflict, integration, and eventual coexistence.

Q: Spindle and Dagger dramatizes the historical account of Owain ap Cadwgan’s abduction of Nest, the wife of his enemy, and her three children, and the war that follows. It’s a suspenseful tale worth novelization. But you take the reader much deeper, recounting the story from the point of view of Elen, a girl who told a desperate lie to save herself when Owain’s warband raided her home and killed her family. Now her survival rests on her ability to live that lie every moment. She lives on a dagger’s edge. The effect is brilliant and riveting. When did you decide to use Elen as your first-person storyteller?

A: Nest was a real person. She really had this terrible thing happen to her, and any story of her abduction becomes black and white if she’s the narrator. She is a victim. Owain is a villain. And I just don’t think that’s as interesting or as satisfying a story, because people are complicated, early medieval Wales was complicated, and motivations are always, always complicated. Teens know this – they have an inherent understanding of power dynamics – and Elen is their entry point into a historical world that’s very different from ours.

So this story has always been Elen’s, and it’s never been one with easy answers. She is deeply ambivalent about her relationship with Owain. She doesn’t see herself as a captive, but she’s also not exactly able to leave. In some ways she seems powerless, but she also has a practical, specific form of leverage over someone with high social status. Owain is not always a good dude, but he’s shaped by the world he has to inhabit, and the high expectations placed on him. It’s Elen’s realization that her life belongs to her, that it’s possible to extricate herself from a situation she’s finally willing to admit is suboptimal, that adds a layer to this historical event and also unmoors it from that event to let it be its own story in its own right.

Q: We love talking about the creativity on Dreamwalks. Would you share a bit about your writing process? 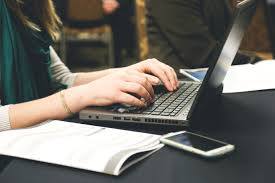 A: I don’t have a process, exactly. Every book needs something different. I was a pantser until I was confronted by a book that wouldn’t resolve itself without written plot points. I’ve written scenes and chapters in order and out of it. More than one book I rewrote from the ground up. What seems to work consistently is butt-in-chair, setting the timer for increments of twenty minutes, and listening to the what the story is trying to become.

Q: What did writing Spindle and Dagger teach you?

A: I first read the chronicle account of the abduction of Nest in 1994. I started writing Spindle and Dagger in 2011. It’s being published in 2020. If you love a book, if you believe in it, if you know it needs to be in the world, never give up. Put in the work. Listen to smart people. Put in more work. Open all the veins. Do what it takes. Never never never never give up.

Q: Thank you for saying that. To all the writers reading this post. Are you listening?
A final question, then I’ll let you get back to your WIP. What are your hopes for this book?

A: I hope this book finds its readers. That’s all any book can hope for.

J. Anderson Coats has received two Junior Library Guild awards, two Washington State Book Awards, and earned starred reviews from Kirkus, School Library Journal, the Horn Book Review, and Shelf Awareness. Her newest books are Spindle and Dagger, a historical YA set in medieval Wales that deals with power dynamics and complicated relationships, and The Green Children of Woolpit, a creepy middle-grade fantasy inspired by real historical events. She is also the author of R is for Rebel, The Many Reflections of Miss Jane Deming, and The Wicked and the Just. 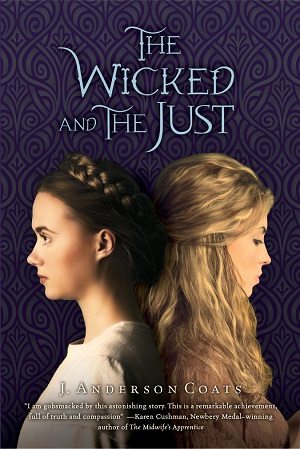 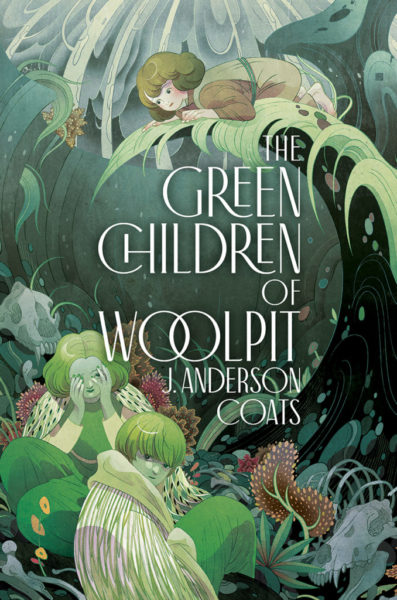 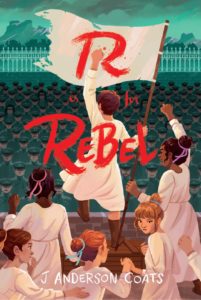