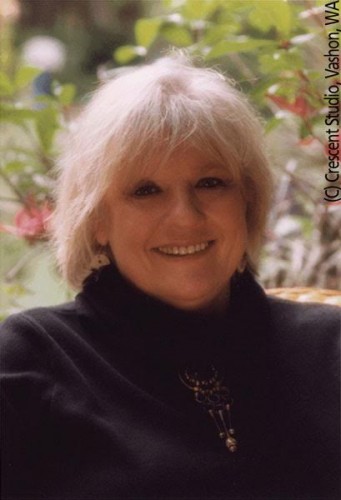 Karen graciously agreed to stop by during her busy book launch schedule to answer some questions about her new release, Grayling’s Song 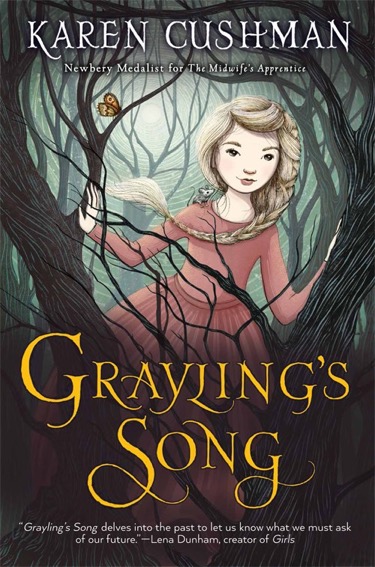 It’s time for Grayling to be a hero. Her mother, a “wise woman”—a sort of witch—has been turned into a tree by evil forces. Tangles and toadstools!

Lacking confidence after years of being called “Feeble Wits” by her mother, Grayling heads off dubiously into the wilds in search of help, where she finds a weather witch, an aromatic enchantress, a cheese soothsayer, a slyly foolish apprentice, and a shape-shifting mouse named Pook! A fast-paced and funny coming-of-age odyssey from a Newbery medalist.

JLC: Once again Karen Cushman has created a perfectly crafted tale. It’s up to young Grayling Strong to lead a band of quirky characters on a parlous journey to rescue the rooted magic folk across the land. Grayling feels powerless as the tale begins. She sorely wishes some magical adult would lead the way. But the questers come to rely more and more upon Grayling’s common sense, her gift of song, and her honest bravery, to confront their enemy. Charming, funny, deep, and true, you must read this book to learn the three rules of magic, and to answer once and for all the age-old question, “How is true magic like a sausage?”

JLC: Welcome Karen. I’m curious to know if you’ve always wanted to write fantasy or if this book surprised you.

KC: I never before thought about writing fantasy.  I had a title—The Song of the Wise Woman’s Daughter—about, obviously, a village wise woman and her daughter.   But when I sat down at the computer to start, out poured the section in which Grayling finds her mother rooted to the ground by a curse.  And so it became a fantasy.

KC: Fantasy?  How difficult could it be?  You just make things up, not bothered by all the pesky history, the rules and boundaries that constrain an author writing about a real time and place. That shows how much I knew about fantasies.  A fantasy world has as much history, as many rules and boundaries and limitations, as historical fiction, but had to invent them.  I seem to like boundaries, and so I found the fantasy harder going.

JLC: I marveled at the wonderful plot twists in Grayling’s Song. Do you discover the story as you write a rough draft or do you outline first, then write?

KC: I always have a rough outline if only in my head.  I need to know the beginning and the end of the journey, but the specifics are filled in as I write.  And as I research, I find things so compelling or so honest that I have to find a way to include them.  For example, I saw the term tyromancy, which means divination with cheese—how could I not find a way to use that? 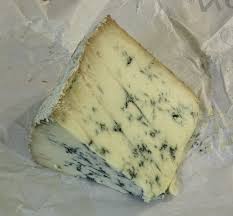 JLC: You always create such memorable characters. How did you create this quirky band of magical misfits?

KC: Good question.  It’s a mystery.  I saw the name of a liquor store, which I misread as Desdemona Cork, and I decided to use that name for a character.  And I imagined her with a brown face and blue tattoos and I thought, well, she’s beautiful, and what does she do with her beauty? Enchant people, and then…..You know how it goes.  I find inventing the characters the most fun part of writing.  I have a much harder time with plot. 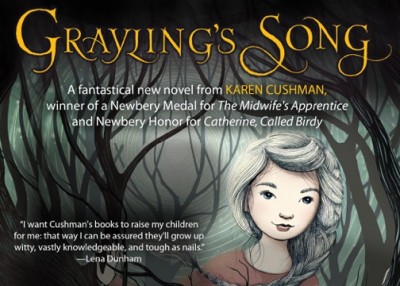 JLC: Grayling keeps hoping each magical person she meets, be it weather witch, enchantress or sorcerer, will use their powers to save the day. Yet as perils mount, adults disappoint, and Grayling must reach into herself for answers.  I loved following Grayling’s personal journey from timid to tenacious. Was her character arc challenging in any way?

KC: Grayling kept wanting to revert to her timid, self-effacing self.  A lot of rewriting went into eliminating places where she procrastinated, deferred, or decided to go home.  But she discovers that though her companions may have bits of magic or wisdom, only she can lead the way.  And she finally finds the strength to do so. 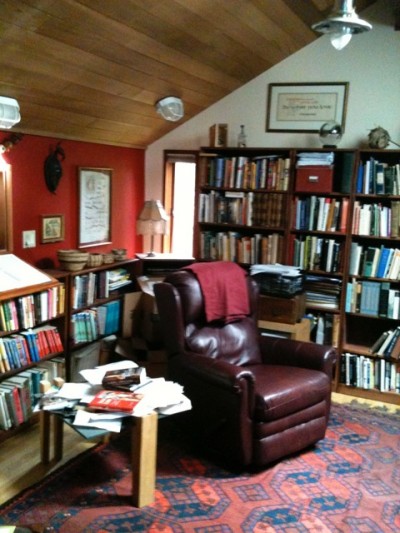 JLC: Finally, what was your reaction when you heard that Lena Dunham is adapting Catherine Called Birdy into a movie?

KC: Are you kidding?  There was a lot of excitement, many huzzahs, and a bit of champagne.  Lena says she will begin work on the screenplay when the current season of Girls is finished but, I don’t know, she has so many projects going.  Still I have begun shopping for my dress for the red carpet. 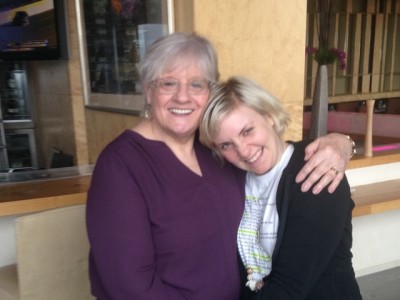 JLC: Something like this one highlighted on your blog? 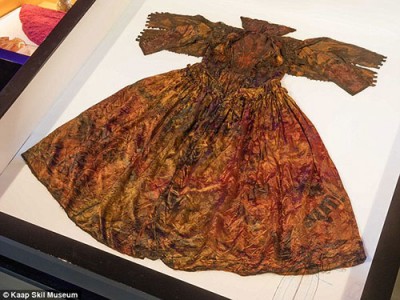 Divers off the coast of the Netherlands found the treasure, which came from a shipwreck, after it was exposed by a storm which washed away the silt covering it for four centuries.

JLC: Thank you for the delightful interview! Readers, get ready for another wonderful adventure in Karen Cushman’s newest — Grayling’s Song.

Dreamwalkers, enter to win a signed copy of Grayling’s Song.
NOTE: To those of you who are new to rafflecopter, the only thing you have to do is tweet. The tweet is written for you ahead of time. You just need to click. Also you need to click “I Tweeted” to confirm the entry. You can tweet once, or once per day to score more points. Good Luck All!