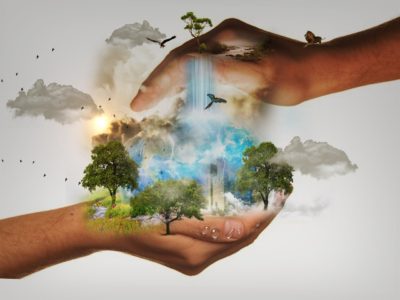 There was so much to cover. Along with the info, I gave a number of examples from sci-fi and fantasy books by many authors. The workshop reminded me of the material I sent to fellow author and illustrator, Ruth Sanderson for her academic paper on World Building featuring my YA novel, Stealing Death. Those who would like to explore more WB details through a specific example will find some gems below. You can also enter the giveaway at the end of the post to win a signed copy of the book plus (drumroll please) a 1-hour Creative Consult for your Work In Progress. 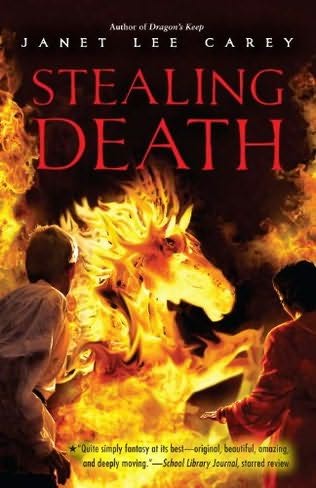 Story First
World building follows story. I do not build a world then ask, “What sort of story might take place here?” That’s akin to a playwright building a stage set before writing a play. So the setting grows from the central story theme outwards.

The seed idea for Stealing Death came from an Appalachian folktale Soldier Jack In this story, Soldier Jack catches Death in his sack. Once Death is caught, no one dies. The tale awakened an instant craving to write a novel. (Many of us can pinpoint those ecstatic moments when a story seed is planted. that was mine.) Years passed before I turned it into a full blown book, and the original story concept went through many changes in the interim.

The character of Death first appears in my book The Beast of Noor. In that tale, he’s called “the Darro.”
A few years after publishing The Beast of Noor, I was ready to expand on the story, casting the role of Death as a Death Catcher. I created the novel around the idea of a single boy outsmarting Death as in the original Soldier Jack story, but all else was different.  The main character no longer had a magical sack. Instead, I gave the Death Catcher has a Soul Sack to gather the souls of the dead.

I knew early on my story needed a fresh world. That’s when the World Building in earnest began.

Begin the Quest with A Question
For me, the world building always begins with the question. For this book, it was “What would you do if you could stop death?” I knew my main character, Kipp, needed a strong motivation to stop the Death Catcher. He needed to lose people he loved. Early in the book, Kipp’s home catches fire. He sees the Death Catcher draw the souls of his father, mother and younger brother into his Soul Sack. Left with a little sister, Jilly, to protect, Kipp makes his vow. The Death Cather will never take anyone he loves from him again. This vow drives the story. It leads him to the Sanuu Witch who gives him the power to steal the Death Catcher’s soul sack – at a price.

“The witch stirred the blood and powder together in the jar, speaking half in the familiar Zolyan
tongue and half in Old Escuyan so he could not make out the full meaning.
Epi ynn kir tuta yoy.
Akki tan yom kpak noy
Steal death and do not turn back.
Become the master of the sack.” (pg 31)

Kipp needed to be a loner with very few resources. Somewhere with few places to hide from the Death Catcher who’s pursuing him. His story demanded a bone dry world. I started researching the drought-ridden lands of Sub-Saharan Africa and began to build Zolya. 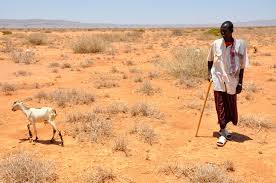 Creating a place is just the beginning. World building is primarily culture building. I knew Kipp must be poor, so I decided his family would work a small farm owned by a wealthy landlord. At the story’s opening, a year-long drought has wiped out their crops. I knew Kipp would need someone wise to look up to, thus the character of Sor Joay entered the story, and I began building the nomadic Escuyan tribe who live in the desert lands of Zolya.

Culture building is at the very core of world building. It requires attention to language, politics, traditions, faiths, social mores, laws, and customs.

Symbols
Symbols can be a shorthand way to show cultural traditions. In the Escuyan culture, a boy earns a colorful bead to add to his manhood braid for an act of bravery. These beads are hard earned.

To show cultural differences and changes in traditions over time, I added this section: “’All Zolyan boys used to go on Lostwalks,’ Sor Joay had said, ‘Now many stay in town and test their strength in the arena to earn their first bead. And grown men will pay for more braid-beads. They are not earned the old way. It is not the same thing.’” (pg. 72)

Languages
Add all mentioned so far to the need to create new languages or at least hint at language differences and World Building can become a daunting task. In Mary Doria Russell’s seminal book, The Sparrow, she describes the linguist Father Emilio Sandoz’s unique approach to learning a new language quickly. “I begin with songs. They provide a sort of skeleton grammar for me to flesh out. Songs of longing for future tense, songs of regret for past tense, songs of love for the present.” (pg 35, The Sparrow.)

I was surprised and happy to find this method described in Mary Doria Russell’s book because I begin the same way. I hear snatches of verse or bits of a song and I write them down. These cultures and their languages are my own creation, but as they enter my subconscious first through poetry or song, I discover the poems or songlines are deep clues that lead to the heart of a culture.
Stealing Death begins with lines from an Escuyan Song:
“The land is dry and death not far;
Ride home, boy; ride home.
He will cut and leave a scar;
Ride home, boy; now ride home.”

More songlines came as I worked on the dominant Zolyan culture, and the Escuyan nomadic culture. I chose some shortcuts to show language differences and cultural traditions. The simple substitution of “Sor” for “Sir”, and “Sa” for “Ma’am” when addressing an elder made the dialogue sound foreign. Gentle manipulation of syntax also gave the language a foreign feel.

For me, this process is mostly auditory, almost musical. I find a particular rhythm and write from there:
“’When I take my last Lostwalk,’” said Sor Twam, ‘I will go as far as TeySaaNey. I will hear the towers singing and see the dragons once more.’” (pg 105)

I try to sprinkle in interesting place names: “He looked out the window at Tituan Koy—a name that meant “dragon’s jaw” in the old Escuyan tongue—and blinked at a sudden flash of white” (pg 1).
It’s helpful to try out character and animal names on the tongue and see how they sound and feel saying them aloud. I tried many names for the Death Catcher before landing on the Gwali. The magical horse had a name that simply galloped, ChChka.

Handling Swear Words
Knowing the book was aimed at teens, I invented my own strong language, the swear word, “detch!” I later learned from a friend of mine who teaches teens that her students adopted the word with relish. “This detching pen ran out of ink!”

The name Jilly suited Kipp’s little sister who brought some humor and light into the book, and I used name sources on the web to locate the name for Kipp’s love interest, Zalika, which means well-born. Finally, the Soul Sack becomes almost a character in the story as it tries to escape from Kipp’s grasp and return to its master. “Sor Joay had told him about the soul sack called Kwaja—the taker. The bag the Gwali used to steal the souls of the dead.” (pg 15).

World Building Happens when You Ask The Hard Questions
I have learned not to avoid asking the hard questions when writing fiction. These questions lead me back to more research. In the case of Stealing Death, more books and articles about Sub-Saharan Africa, the long-term effects of drought, and the lifestyles of nomadic peoples. The process of world building and culture and language creation is ongoing, from early plotting to the final draft. It is a glorious process.

And now for the giveaway. The winner will receive a signed copy of Stealing Death and a 1 hour Creative Consult for your WIP via skype or phone. To those of you who are new to rafflecopter, you can enter by doing a tweet (The tweet is written for you ahead of time. You just need to click. Also, you need to click “I Tweeted” to confirm the entry). Or, if you are not on Twitter, enter by making a comment below about World Building. Good Luck All!
a Rafflecopter giveaway