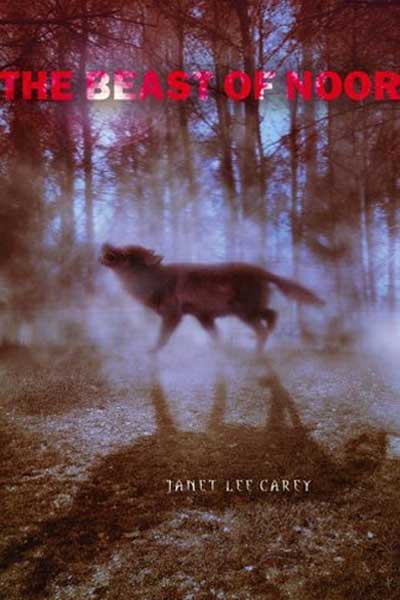 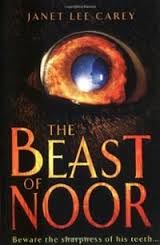 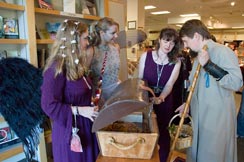 The Beast of Noor

~Do not wander in the deeps where the Shriker’s shadow creeps.
When he rises from beneath, beware the sharpness of his teeth. ~

For over 300 years, a monster known as the Shriker has roamed Shalem Wood, terrorizing the villagers who live on its edges and slaughtering those unfortunate enough to wander on to his path. The people of Noor have lived in fear for so long that most of them have forgotten that once upon a time the Shriker was just a loyal dog, until the day when he was cruelly betrayed by his master and cursed to live a bloodthirsty life, always seeking revenge for the fate his owner dealt him. But Miles and Hanna Ferrell have not forgotten where the Shriker came from--how could they? It was their ancestor who betrayed the dog...

A tale of terror and magic that channels Sir Arthur Conan Doyle's The Hound of the Baskervilles, The Beast of Noor tells the story of two siblings determined to set their family free and break the curse of the Shriker or die trying.

Write a secret message in the the Othic Alphabet. Take a quiz in MAPS AND GAMES

“A flawless tale spun from myth, mystery, and magic that will enthrall everyone who loves fantasy... END_OF_DOCUMENT_TOKEN_TO_BE_REPLACED

‘Many long years ago a loyal dog was betrayed by his master and cursed by Death’s own man, the Darro. Now man’s best f riend has become his worst enemy–a beast of monstrous size and immense power that “returns at the time of the dark moon to hunt human prey in Shalem Wood.” No one in the village of Noor has forgotten who created the beast, especially Miles and Hanna. It was their ancestor, Rory, who gave his dog to the Darro in exchange for his own life. Now Miles, fearing his dream-walking sister will be taken next, is determined to slay the Shriker. And soon thereafter Hanna must find her way to the other world where Miles has disappeared. Can she free her brother from the spell that has transformed him into the very beast he is trying to defeat? Does Miles want to be freed? Or has the power and cunning that is part of the monster he has become overwhelmed his desire to be human again? A flawless tale spun from myth, mystery, and magic that will enthrall everyone who loves fantasy.”

“Miles Sheen and his 13-year-old sister, Hanna, are determined to break the family curse. The action tracks between two linked worlds, as Miles is drawn into the Otherworld in pursuit of the Shriker, and Hanna follows. Carey delivers an eerie, atmospheric tale, full of terror and courage, set in a convincingly realized magical realm.” END_OF_DOCUMENT_TOKEN_TO_BE_REPLACED

The Sheens have always been considered outsiders because legend has it that a Sheen brought a monstrous dog, the Shriker, to the woods 300 years ago. Although the beast disappeared for a long time, it has begun to return in search of human prey, and when a local girl’s bones are found in the woods, the villagers blame the clan. Such is the premise of this story of 15-year-old Miles Sheen and his 13-year-old sister, Hanna, who are determined to break the family curse. The action tracks between two linked worlds, as Miles is drawn into the Otherworld in pursuit of the Shriker, and Hanna follows. Carey delivers an eerie, atmospheric tale, full of terror and courage, set in a convincingly realized magical realm.

“The story has plenty of intrigue and danger, and the characters are realistically drawn. . . . Recommend it to lovers of (very mild) horror and suspense or to those who enjoy old-fashioned fairy tales. All in all, a fun read.”

“Moving between parallel dimensions, leaving behind their friends and family, these two youngsters must prove themselves capable of surviving danger, making the right choices and always staying true to their inner selves and to each other. An engaging tale, with just the right touch of terror to make a good story . . . this will leave the reader anxious to turn just a few more pages before turning out the light.”

Determined to break the Shriker’s curse, Miles steals a spell from his mentor, setting in motion a complex weave of force and power well beyond this world, and drawing Miles into a journey that will require all his courage, and from which only Hanna and her ingenuity can save him. One after the other, the brash, well-intentioned hero and the plucky young heroine enter a realm of betrayal, honor, destiny, and otherworldly justice. Plot twists combine with magic, suspense, legend, challenge, and redemption. [This]will appeal most to dedicated fantasy readers.

“Solid characterization and the sort of magical moments that will have your heart sing in one moment then shiver in the next. Is it a Young Adult novel? Yes, if you still consider McKillip's books to be YA. Will an adult fantasy reader enjoy it? Without question. Highly recommended.

“When first picking up this book, one thinks, "Oh yet another boring horror book." I was proven wrong. The book is about a boy coming to grips with the most powerful-and corrupting-force in any reality, that of POWER. Miles faces challenge after challenge and ends up being a better person. He becomes a champion of love, loyalty, and truth. . . . recommended to anyone who likes a great read.”

“In such hours as these, a world is born. So let us welcome Janet Lee Carey, for The Beast of Noor has the smell and taste and feel of authentic fantasy. It opens the door to another world which then returns us, renewed, to this one, and its mysteries and challenges are those of life itself."

“This is a great, creepy, interesting tale. I don't know how comfortable I would be hearing it at a fire on a dark night. Granted, I'm a big wimp, but that's only part of the point. It's scary enough for those who are looking for that, but it's also a great story, which is what good legends are. There's a fair amount of fantasy, a little magic, personal discovery, even a sweet little love story woven in. There's a little bit of something for everyone. Perfect for a stormy, foggy night, curled up with hot chocolate, warm and safe in your house.”