Tell Me A Secret Category 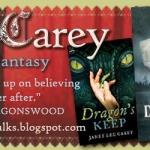 WAVE YOUR BANNERS! Today I’m waving my new DREAMWALKS banner created by the multi talented, HOLLY CUPALA! Holly designed the new banner to celebrate DRAGONSWOOD facing the challenge of putting 4 of my fantasy covers in a small space. She did it beautifully! I’m happy to say Holly’s banner will do double duty as my… END_OF_DOCUMENT_TOKEN_TO_BE_REPLACED 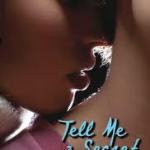 Toady we’re celebrating the launch of Holly Cupala’s YA book TELL ME A SECRET! Here’s the much-talked-about trailer! Author Holly Cupala will be featured on readergirlz for the entire month of August, with a live Twitter chat coming up. Hope you enjoy the trailer, and thank you so much for being part of the virtual… END_OF_DOCUMENT_TOKEN_TO_BE_REPLACED

DRAGON-SNATCHING AT ALA! Photo of my friend and writing colleague, Holly Cupala (author of TELL ME A SECRET). While at the ALA conference last week, Holly swung by the EGMONT USA booth, and snatched up THE DRAGONS OF NOOR Advanced Reader Copy. Evidence of the said Dragon-Snatching is here for all to see in the… END_OF_DOCUMENT_TOKEN_TO_BE_REPLACED