The Beast of Noor Category 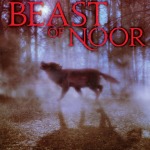 The BEAST is Back in Paperback! The Beast of Noor was just released in paperback. He’s left the shadow realm and crept out to haunt the shelves this Halloween season. There will be a book giveaway to some lucky winners to celebrate his release this month.(see more below) About the Book Do not wander in… END_OF_DOCUMENT_TOKEN_TO_BE_REPLACED 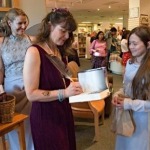 THE DRAGONS ARE GETTING READY TO FLY!Friend, fellow YA author and visual artist, Holly Cupala, designed the beautiful new banner above as one part of THE DRAGONS OF NOOR launch celebration! Thanks so much Holly. The banner is scrumptious! Here’s a shot from Heidi Pettit’s LitArtPhotography gallery of THE BEAST OF NOOR book party. Do… END_OF_DOCUMENT_TOKEN_TO_BE_REPLACED

HAITIE RESCUE SEARCH DOG FOUNDATION (photo of search dog care of SDF gallery) HAITI RESCUE report from SEARCH DOG FOUNDATION Janet’s Note: We have been involved with SDF since the book launch for THE BEAST OF NOOR in 2006. We’re excited to pass on SDF’s update on rescues in Haiti. NEWS ITEM: January 15, 2010At… END_OF_DOCUMENT_TOKEN_TO_BE_REPLACED