Welcome to Library Lions interviews. Raising a Roar for Libraries and for the outstanding Librarians serving Children and Young Adults in Schools and Public Libraries across the U.S. Please Roar today’s guest, Jessica Gomes 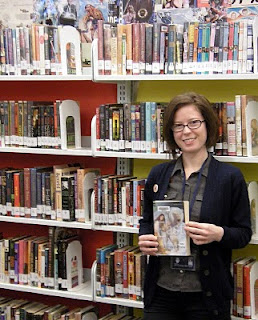 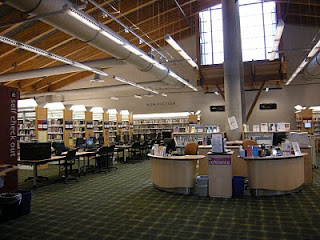 She approaches her job with vitality, offering a range of dynamic programming from the Manga Club where teens publish their own fan art zine and host an annual Art Walk showcasing their talent, to a Teen Music Show featuring local high school bands, and a Digital Discovery Zone (affectionately known as the DDZ). More about DDZ below. Jessica says, “It’s great fun and currently the only place for teens to use Mac computers through the King County Library System.”

The Skinny
Jessica says – Libraries provide open access to information and entertainment to people regardless of age, gender, educational background, economic status, etc. In our consumer-based society, there are few places outside of libraries where anyone can go to learn, grow and connect for free. I love that my personal values of sharing resources (borrowing instead of buying and making information publicly available), promoting life-long learning, and preserving public spaces- mesh with the values of my profession.

A Lion’s Pride of Programs:
The Digital Discovery Zone is a big red van with MacBook laptops, a green screen, a stop animation station, and more; basically it’s a place where teens can go to create and share digital photos, videos, animation, music and more. 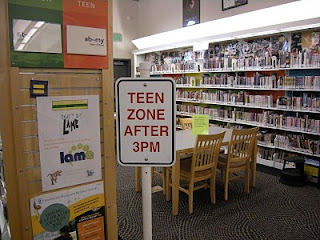 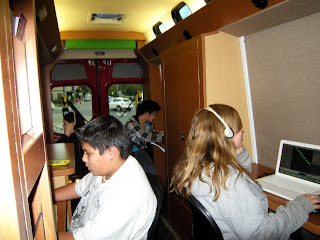 In 2011, the Digital Discovery Zone will be visiting various branches of the King County Library System and making stops at community centers, schools, festivals and more around the county. Look for it in your town. 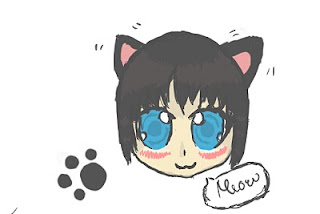 Library Laughs:
Funny things happen at the library all the time. One of my favorite things though is the impromptu wasabi eating contest that took place at Manga Club’s Art Walk this past summer. Chris and Alex, two high school boys, began bragging about how much wasabi they could eat. Each one claimed that he could “eat the other one under the table.” Soon, they were facing one another at a table- equipped with a set of chopsticks, a cup of water, and a generous dollop of wasabi.

They sized one another up over the green mounds before beginning to tentatively eat their way through the green heat. It was intense. Suddenly, Chris shoveled his remaining wasabi (a mouthful) into his mouth, all while maintaining a neutral facial expression. This seemed like a victory until Alex shoveled his remaining wasabi into his mouth, also with a neutral facial expression. The winning qualification became, instead of eating the most wasabi, going the longest without water. (Though it is known that water doesn’t cool the sensation.)

Faces turned red but nobody caved.. In the end, it was a draw and both contestants got a free manga book. I later commented on the intensity of the face off on Manga Club’s Facebook group. Chris replied to my comment with “ LOL. Nothing for me.” Yep, just another day at the Issaquah Library’s Manga Club. 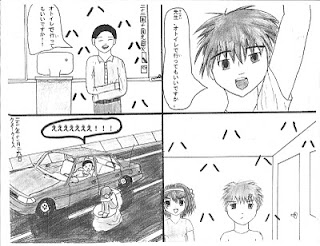 caption: Go By Bathroom (afternoon in Japanese class), by a Manga Club teen

Readers Roar: Let’s hear from the kids!
“Thank you so much for starting up book club again. Books are so important, and I think in this day and age we are losing them.” – Said by Michelle, Grade 9, upon the learning that Summer Book Group will continue throughout the school year.

“I can’t believe you have this! This is so awesome! OMG it is SO COOL! Listen to the song I just made.”—Said by Samantha, Grade 9, while using Garageband in the Digital Discovery Zone.

Book Brag: What three books are hot this year? Why?
Depends on what you mean by hot. Post-apocalyptic fiction and dystopian SF in general is really big right now, in terms of popularity and demand. Many young adult readers are turning to imagined, not-so-distant futures in which today’s current fears of environmental destruction, economic collapse, and government failure have been realized.

Of course the third installment of Suzanne Collins’ Hunger Games trilogy, Mockingjay, is one such book that has attracted a lot of readers this year but Ship Breaker by Paulo Bacigalupi is up and coming. Ship Breaker is a hit with my teens and was just named the 2010 Mock Printz winner by teen librarians at King County Library System.

Another one that’s not popular but certainly provocative is Janne Teller’s Nothing– definitely another one to watch out for. It’s an existential social experiment. Some of the darker issues raised by this book have made it a problematic addition to teen fiction world- critics ask “Who is its audience?” “What kind of reader is this book for?” “Is it for teens?” Every reader is different but, like Lord of the Flies, which is has been compared to, Nothing is probably better suited to an upper high school audience. It may not be “hot” in terms achieving a level of bestseller sales in the U.S. but Nothing is a well-crafted story that will make its reader think. And that is hot.

Author! Author! Describe the perfect author visit from a librarian’s point of view.
The author arrives 30 minutes ahead of the scheduled time to get set up and acquainted with library staff. Author has low expectations for audience turnout and does not take actual audience turnout personally if low. Author is well-equipped to respond to strange questions or to field “How can I become a published author like you” questions from adults.

Thanks again for the terrific interview, Jessica!