Our hearts go out to all who were affected by the February 14th school shooting at in Parkland, Florida. LLR is here to offer links, resources, and a free  Emergency Preparedness Book for school librarians who have been personally impacted by school shootings or other horrific disasters. We’ll end the post with a very hopeful story of a grandmother who very likely prevented another school shooting by taking swift action.

Links to upcoming marches:
MARCH FOR  OUR LIVES March 24th.

ENOUGH: National School Walkout March 14th. Enter your zip code to find the one nearest you. Will Library Lions Roar be there? You bet! 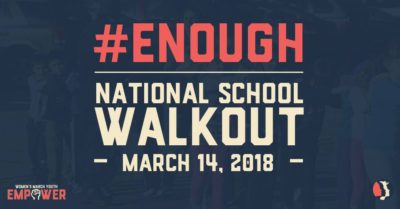 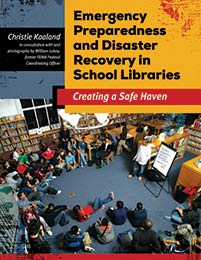 This is the only book written specifically to provide school librarians with emergency preparedness and recovery tools as well as curricular tie-ins.

Author, Christie Kaaland:
I wish I could put my book in the hands of all the school librarians who have children who have been impacted by a school shooting.

Each disaster that occurs finds someone who wishes they had known more: warning signs of potential active shooters and how to respond, for example. In nearly every school shooting there are people in those schools who later say they “were not surprised” by the event. Just that one area of preparedness: understanding some of the behaviors or warning signs can be useful.

It took nearly two years to write this book, and in many ways, it was a difficult two years because I heard so many tragic stories of human suffering. But I also heard stories that do not make the news.
One such example: as a result of the Columbine school shooting, researchers have created apps such as text2tell now used in many school districts. Text2tell is an anonymous reporting system—to report threats and warning signs— that has been used to prevent hundreds of potential tragedies in schools across the country. This doesn’t make the news, but it should!

SPECIAL OFFERING: In the light of this emergency, Professor Kaaland is offering 10 free copies of her book. If you are a school librarian who has been personally impacted by school shootings or other horrific disasters, contact Professor Kaaland [email protected] and she will send you a copy.

Panel PBS News Hour 2/15/2018
Judy Woodruff talked to Kristina Anderson of the Koshka Foundation for Safe Schools, Robert Draper of The New York Times Magazine, Daniel Webster of Johns Hopkins University and Katherine Newman of the University of Massachusetts, asking, “What is the way forward?”
VIDEO

Panelist, Professor Daniel Webster, director of the Johns Hopkins Center for Gun Policy and Research
“[T]here are new legal tools, new laws called extreme risk protection orders that work very similar to the way a court does with domestic violence restraining orders, where evidence is examined, and judges and law enforcement can act swiftly to protect individuals’ lives, when someone is amassing firearms and planning something very diabolical.”

Panelist Kristina Anderson
Kristina Anderson, was 19 years old when she was wounded in the Virginia Tech shooting rampage in 2007 and has since founded an organization called the Koshka Foundation for Safe Schools.
“I would ask that schools, school boards, school principals take the time to create written all hazards emergency response type plans for all types of threats, whether it’s with a firearm, a truck, a knife, whatever that might be, and make sure that they are practiced diligently and with local law enforcement throughout the entire year.”

Panelist, Professor Katherine Newman, author of the book “Rampage: The Social Roots of School Shootings,” and a professor of sociology at the University of Massachusetts. 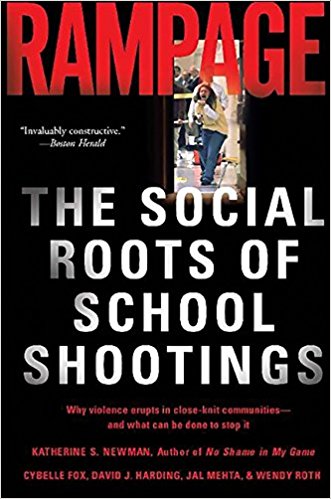 About the Book: In the last decade, school shootings have decimated communities and terrified parents, teachers, and children in even the most “family friendly” American towns and suburbs. These tragedies appear to be the spontaneous acts of disconnected teens, but this important book argues that the roots of violence are deeply entwined in the communities themselves. Rampage challenges the “loner theory” of school violence and shows why so many adults and students miss the warning signs that could prevent it.

ARTICLE on the Anger Epidemic

LET’S END WITH SOME GOOD NEWS

The grandmother of an 18-year old high school student called 911 in time to prevent him from carrying out a planned mass shooting at two high schools. She found alarming details in his diary

“I’m preparing myself for the school shooting. I can’t wait. My aim has gotten much more accurate … ” the teen allegedly wrote in his journal. “I’ve been thinking a lot … I need to make this shooting/bombing at Kamiak [High School] infamous. I need to get the biggest fatality number I possibly can. I need to make this count.”

She found a semi-automatic rifle hidden in his guitar case, and she called 911.

Good news like this empowers us to stay aware, to take action and to join together to keep our schools safe.