Welcome to Library Lions interviews Raising a Roar for libraries and the outstanding librarians across the U.S. Today we’re celebrating Cavalcade of Authors Part 2 with Jeff Burlingame’s article recently featured in the magazine The Medium. 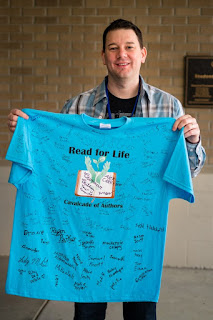 Jeff Burlingame (showing his prized Cavalcade tee shirt) is the NAACP Image Award-winning author of more than 20 nonfiction books for both teens and adults. He also was one of Cavalcade’s featured authors this year. 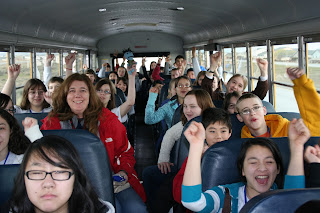 bus them to a community college in southeastern Washington on a Friday morning in March and let them spend the day listening to, learning from — and occasionally crying over meeting — 16 prominent YA authors from across the United States. What you get, according to Pura Belpré-winning Texas author Guadalupe Garcia McCall, “is a buzzing, lively hive where both students and authors can meet to discuss the most important of interests: reading good books.” 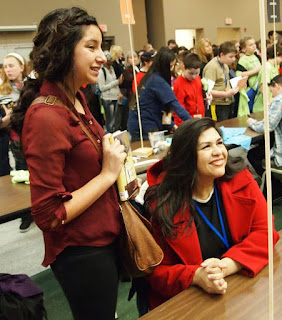 (Guadalupe Garcia McCall and student)
The lively hive has a name, Cavalcade of Authors, and it’s an annual event founded in 2008 by second-generation school librarian Michelle Lane. A librarian at Enterprise Middle School in Richland, Lane came up with the idea for Cavalcade of Authors the previous fall while attending the annual Pacific Northwest Writers Conference in Portland, Ore. 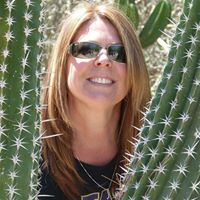 “I was listening to science-fiction author Tim Zahn talk about how he would much rather discuss and teach writing at a visit than talk about himself,” Lane said. “He went on to mention the Teen Book Festival in Rochester, N.Y., where the librarians brought authors together to talk to kids about their books. I thought, ‘I could do that at my school!’”

Lane said she spent her entire 220-mile drive home from Portland refining her plan. Six months later, seven authors and 70 students gathered at Enterprise for the inaugural Cavalcade of Authors. As news spread, more schools and authors jumped on board and the event eventually had to be moved across the Tri-Cities to Columbia Basin Community College.
Signing up to attend Cavalcade of Authors does not entitle students to a Monopoly-like get-out-of-school-free card. In fact, attending actually creates more homework. To qualify for Cavalcade, each student must have read at least one book from each of four of that year’s featured authors. 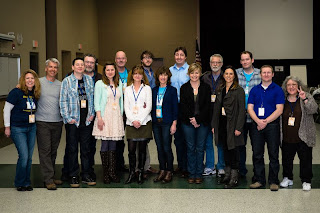 Students who read at least eight books were given a T-shirt to wear to the event. The sea of teens wearing shirts adorned with the motto “Read for Life” filling the school’s auditorium at the end of the 2013 event, held March 1, proved that students went above and beyond the qualification requirement. 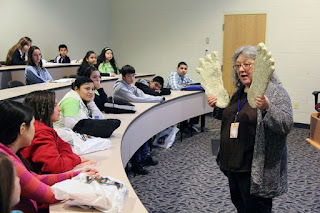 (Kelly Milner Halls workshop)
As if a free T-shirt was not enough, students were given extra incentive to read more in 2013. Doing so entered their name in a drawing for one of two NOOK Simple Touch Readers, both donated by the local Barnes & Noble. The store also hosted a well-attended book signing featuring all 16 authors the night before the main event, and donated 10 percent of each Cavalcade-related book sold back to the cause. 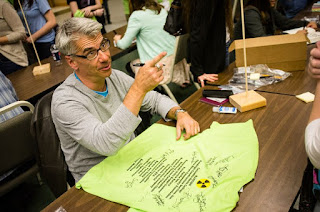 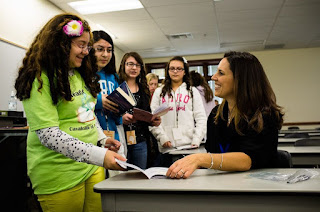 The chain bookseller was hardly the only company to contribute to Cavalcade. Local businesses donated food, gave a discount on hotel rooms for the authors, and prizes for the top three finishers in two grade-defined writing contests for students. Grants also helped pay the bills, which included transportation costs and honorariums for the authors, many of which donated their time or dramatically reduced their appearance fees to contribute to the unique event. Lane’s total budget in 2013 was roughly $25,000. Volunteers, including Lane’s fellow librarians, teachers, community activists and even students, staffed the event.

Although she now has more than five years invested in Cavalcade of Authors, Lane’s primary goal remains the same as it was during her brainstorming car ride home from Portland in 2007. “Our goal is to create an authentic writing-conference experience for our students in grades 6-12, where writers come together to discuss their craft,”she said. “Students who still are attending Cavalcade and have been with us since we started have been introduced to 50 different authors. The sixth-graders who started this year — if they stay with us through their senior year — will have been introduced to around 100 different authors.”

With strong local media coverage and growing coverage from across the region, it does not appear Cavalcade of Authors will be doing anything but expanding in the near future. That is fine with Lane, who envisions a three-day event attended by students from across Washington and northeastern Oregon. It could be held in various geographic regions. A majority of those who have seen and experienced the Tri-Cities-based Cavalcade of Authors appear to support Lane in her quest. So do the authors who have seen firsthand the changes they can make in students’ lives. 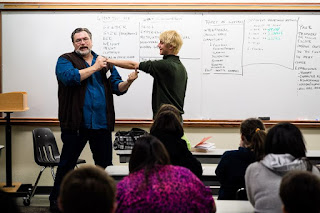 (Jonathan Maberry’s workshop)
“Cavalcade of Authors was the kind of event where readers and writers could share in their love of books,” said Jonathan Maberry, a New York Times best-selling author and a featured Cavalcade presenter in 2013. “Fast-paced, lots of fun, and a great learning experience for everyone, including the pros there as guests. [It was] a high-water mark for all such events.” 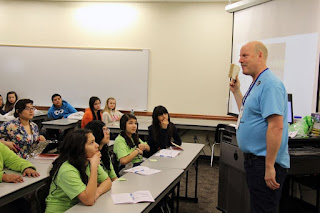 (Gregg Olsen’s workshop)
Gregg Olsen, another New York Times best-selling author and 2013 attendee agreed. “I can’t think of a better, more impactful experience than what occurs between authors and young readers at the Cavalcade of Authors,” Olsen said. “Small groups. Large groups. Literary. Popular fiction. Nonfiction. Everything and everyone comes together in a crazy, cool mix. Simply put, this is one festival that does what so many others promise — it brings everyone face to face. I will never forget it.”
The students got as much out of the event as the authors. 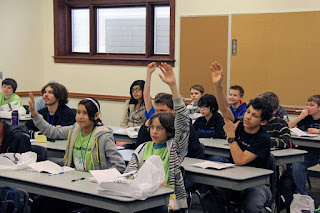 “They’re known all around the world for their books and I actually get to go home and say I met an author,” a Chiawana High School ninth-grader named Elena said at the end of the 2013 Cavalcade of Authors. “If someone’s reading a book, [I can say], ‘I’ve met that author.’ That’s so cool. This is the best day ever.”
Links:

Thank you, Jeff for your terrific article!
Love Libraries? Give a Roar in “Comments” below.
Note to Librarians: If you’re a Youth Librarian working in a school or public library we’d love to hear about you and your library.  Email Janet on the Contact page on this website for an interview.