Welcome to Creative Conversations. Lean in close and eavesdrop in on our latest chat about the creative process. Add your comments, too. We’d love to hear from you. This month of giving thanks, I’m talking with author, poet, painter, singer-songwriter Margaret Kellermann. 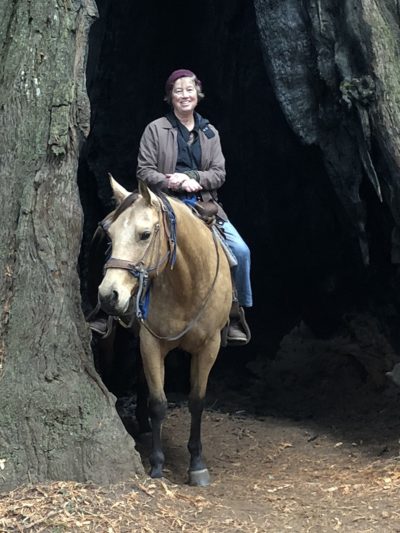 Margaret’s riding in to celebrate her new novel for ages 8 and up, Annie California, Book One of the upcoming Annie California series, and to offer a hot-off-the-press signed copy to some lucky Dreamwalker. 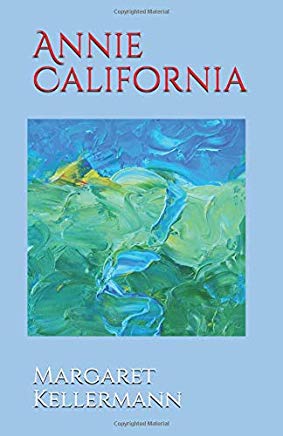 Cover painting “You Are Here” by the author

Traveling 3500 miles cross-country from Eureka, California, to Somewhere on the East Coast on bumpy back roads in a smelly van with her brother and parents was never on the list of Annie’s Top 5 Vacation Trips. The fact that her family’s suddenly homeless and stealing fruit from orchards doesn’t help. Plus, nobody’s talking. Everyone’s off in their own non-answering world. What is going on?
Fortunately, the Weaver Lady in Arizona gave Annie a blank book where she can write all this down. And one day, there’s Crow Boy. He likes treehouses and fireflies. But Annie doesn’t know about him yet. She’s on a journey to figure out how to stay Not Crazy.

Hi Margaret. It’s great to have you back on Dreamwalks.

Margaret: Hi Janet! Thanks for asking me back.

Janet: In your email the other day you said — When I was little, I thought the night sky was like an overturned colander, so we could see light coming through the holes. — I love that! I felt when I read it that it touched on something about Annie California. Thoughts?

Margaret: That’s a great place to start this conversation. When I emailed you, I was telling you something from my childhood, about how I thought light came through holes in a dark overturned pot. I don’t know what language I would have used to describe that as a preschooler, but I do remember it felt very mysterious. Maybe I’ll use that memory in a later book. This idea of light shining in a dark place is what my new novel is all about. 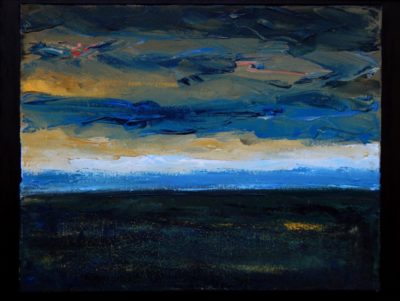 (“Storm Passing Over” by Margaret Kellermann)

Janet: Ah! Your painting also captures that. Children know there’s light behind the dark and still have the buoyancy to see it. I wondered if that was why you chose Annie to tell the story of this homeless family’s wild road trip. Annie’s family is dealing with so much. She has the strength to see it. As you say in your description, “Annie always tells the truth. This gets her in trouble.” 🙂

Margaret: Some of my favorite books have a common theme: a young person experiences trauma and writes about it directly. Off the top of my head I can think of Opal, Diary of Anne Frank, your own book Wenny Has Wings, Precious Bane, and To Kill a Mockingbird. The first two I mention here are nonfiction in a journal form. The last three are fiction in letter form or first-person narrative. A strong, brave, funny main character keeps the tone light by virtue of his/her youth and naivete about just how heartbreaking the situation is.

An adult writing about experiencing the same events without the naivete? That could come out as a searing blast: Primo Levi or Elie Wiesel on the Holocaust, for instance, versus the way Anne Frank talks about it from her perspective. Of course, Anne Frank was still with her family at the time she was writing and was sheltered in many ways that Levi and Wiesel were not.

The contrast between the child’s naivete and the trauma is the reason for light coming through and joy being one of the main takeaways for readers. We think of Scout in Mockingbird and Anne Frank fondly, sharing the books with kids. Yet these are great books for adults, too, because they work on two levels: what kids understand about events from their perspective and what adults understand from theirs.

Janet: I agree. Like Annie California, these books work on many levels that satisfy both children and adults. I loved spending time with Annie as I read your book. It all has to do with the Who: who’s telling the story. Thanks for mentioning Wenny Has Wings by the way. 11-year-old Will was the only one who could tell the story of losing his little sister with honest grief, bits of childhood humor with Bullwinkle the dog, and the secret hope he carries after his NDE.

The characters you mentioned are all light-bringers. They have a bold, refreshing honesty that strips away pretense. Chapter 9 of novelist Elizabeth George’s writing book, Write Away, is entitled, Voice: You Gotta have ‘Tude. Annie’s got ‘tude! I found myself crying and laughing. The quote you have on your book’s back cover captures Annie’s ‘tude:

A weird thing keeps happening. Sometimes when we stop for gas,
the guy at the station asks, “Where’s home?” That’s what I want to know.

Margaret: Thanks for noticing these moments of laughter and light interspersed in the darkness, Janet. Incidentally, I just this minute got a text from a friend. She’s very ill, but she says the rainbow pencil shavings that make up the bed for Annie’s hamster, Hammie, make her happy. She writes, “I’m in love with Annie California.” 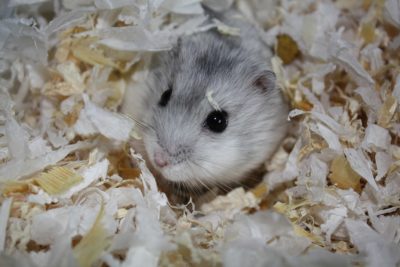 Janet: I love that! There’s so much laughter in the details — it has to be rainbow pencil shavings!

Margaret: It’s exactly this kind of reader feedback I’m so happy about. A while ago, I realized that if I could bring peace to people through my writing, that would be a good thing.

Janet: A good thing and a good thing and a very good thing. Some stories feed us in places we didn’t even know we were hungry. Can we toss in a few more Annie quotes? I ordered the book and it’s on the way, but I don’t have a copy in my hand.

Margaret: Sure! A few passages from Annie California:

Mom’s name is Dixi with the e cut off. She’s from Georgia, which she told me the other day is the southernmost state in the Confederacy. But that is just plain confusing for a couple of reasons. “Mom,” I said, “Florida is below Georgia. And also, the Civil War is over. So there’s no more Confederacy, right?”
“Lincoln is dead,” Mom said. Like that explained everything.

The man in the black robe told me his name: Peter. “It means rock. Like rocky road ice cream.”
“What does my name mean?” I asked.
“It’s hard to explain, but Annie means favor or grace.”
“You mean, like when my friend Karen’s family says grace before dinner? Or when somebody does you a favor?”
“It’s a lot like that,” he said. 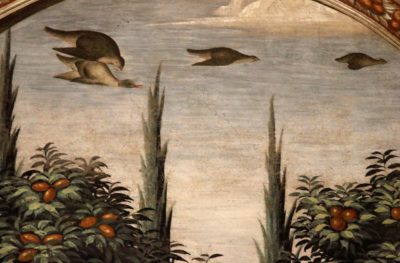 (Not wild geese in flight, but this ancient fresco showing three doves and an odd duck is too cool to pass up. San Marcos Museum, Italy. Photo by Mark Petri)

Janet: Speaking of getting lost. Annie’s family is very lost. What’s Annie using to navigate through this, other than her amazing truth-telling and bright humor? Does she have a north star?

Margaret: Oh Janet, you are so good with your metaphors. My niece was here last night reading a beautiful book aloud to me about Harriet Tubman, and of course Harriet followed the North Star to get to freedom.

Margaret: Beauty! And yes, to answer your question, even though Annie’s family is so dysfunctional, she finds strangers along the way who are able to *function* as light-bringers to her. They give her what her family can’t at this time: they encourage her to be more Annie. To keep telling the truth, to be brave, to stay on her path, to keep asking the good questions.

Janet: Margaret, I love this. Thank you so much for you, and for bringing Annie’s story to life.

Margaret: Janet, I love reading all your Creative Conversations with artists of every medium.

More about the book:
A spirited middle-grade novel, Annie California is written in the journal voice of ten-year-old Annie describing the crazy trip she takes cross-country with her homeless family in their dilapidated van. Annie’s brave, funny, and all-too-revealing observations get her in trouble with her dad and almost everybody else in the world. It’s said that every family has a truth-teller. Only Annie can describe the wild, often heartbreaking family adventure from a kid’s perspective with a touch of twisty humor and a large helping of humanity. 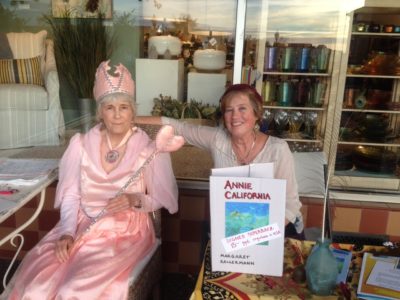 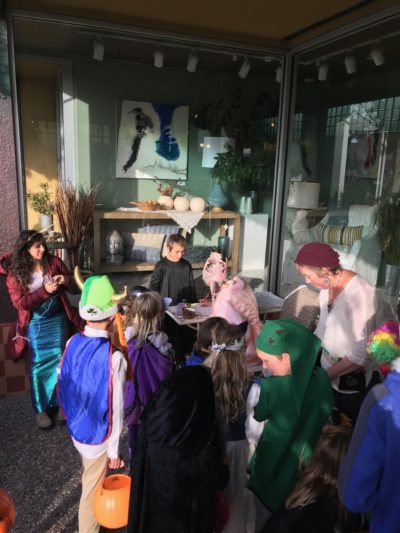 (The book table, Halloween on the Plaza in California, with Margaret and her friend Glinda (Pam Brown), after they bestowed Annie California bookmarks and wishes to 300 kids.)

And now for the Book Giveaway! 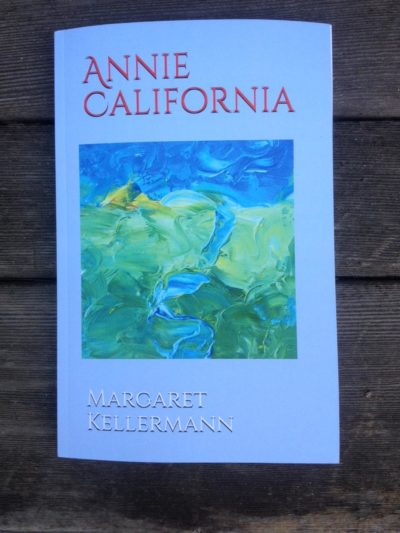 How to Enter. Giveaway is limited to US address or APO address. Participants must be 18 or older. To those of you who are new to Rafflecopter, all you need to do is sign in or tweet to enter (a tweet helps to spread the word about the book giveaway, but either way is fine). If you’re keen to win, you can sign in or tweet as often as once per day. (The tweet is written for you ahead of time. You just need to click. Also, you need to click “I Tweeted” to confirm the entry). Good Luck All!