Welcome to Creative Conversations: discussions about the creative process. Today I’m talking with author Chris Eboch about Art and Activism. 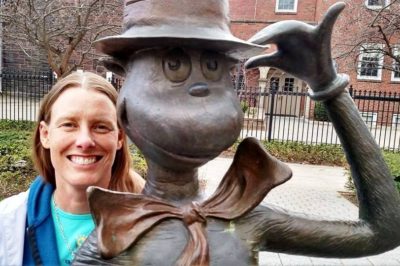 Janet: Hi, Chris. So good to meet up with you today. What made you choose this subject?

Chris: A lot of people have been suffering in recent months because of the political situation. Hate crimes and bullying seem to be increasing, as kids learn from what they see adults doing. On the bright side, many people have been inspired to fight for social justice. That’s wonderful, but the challenge is using your time in the most effective way. You could make a full-time job out of signing petitions and sending messages to politicians.

Janet: I feel the same pull as I watch the news with increasing concern. Like many, I’ve been writing politicians and supporting causes I care about. I’m also looking at my published works and asking how my stories touch on injustice.

Chris: Political activism is important, whether that means marching, calling/writing your representatives, or attending town hall meetings – or even running for office. But it’s physically and financially impossibility to do everything, and trying leads to burnout. We need to use our time wisely.

As creative people, we have something else to offer the world. Young people need to see themselves in our stories. They need to see children who are different from them, to build empathy. They need to see people acting with kindness and integrity, or making mistakes and then making amends.

Kids also need strong nonfiction that recognizes what’s happening in this world, such as global climate change. And they need books that help them understand the difference between fact, opinion, and fiction.

Finally, children and adults need books that are beautiful and funny, books that make them feel wonderful. Writing something silly and playful might seem frivolous, but some days you need to ease the pain, you need laughter. Those can be the books that help a child fall in love with reading, which is life-altering power.

Janet: Thank you for saying this. One creative way I’m combining Art and Activism is to challenge myself to do what my strong characters would do, whether it’s marching or speaking out. 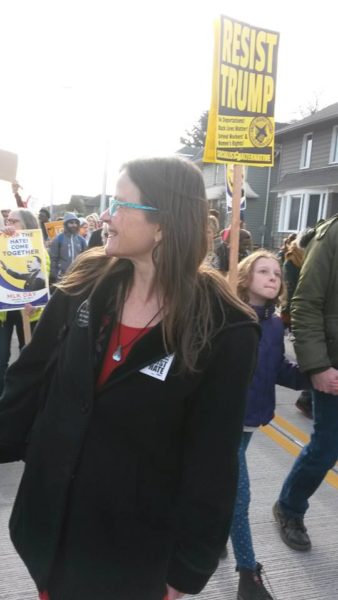 You mentioned integrity. Over the years, I’ve made it a practice to connect each novel to a charity that somehow relates to the story theme, encouraging readers to Read and Reach Out. I began doing that before joining readergirlz, but it became obvious that we all had that connecting literature and charity in common and it became a big part of what we did with the online presence. The “Giving Back” page of my website like Save the Rainforest shows the books/charity connection for In the Time of Dragon Moon.

Chris: Connecting your book to a charity is a wonderful way of bringing the ideals of the book into the real world.

Take time to decide how you can best spend your time, instead of chasing the “do it now” demands on social media. Is it worth driving two hours to the state capital to attend a meeting? Spending an hour signing petitions? Is that more important than your writing? 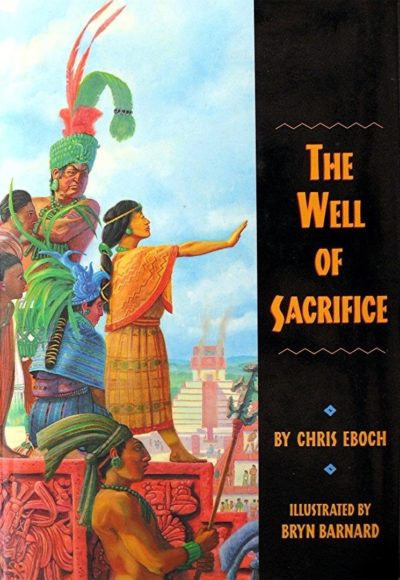 A child can be inspired by a fictional or nonfiction hero who works to make the world a better place. One of my favorite letters from a young reader was about my Mayan historical drama, The Well of Sacrifice. She said, “The book helped me think to never give up, even in the worst of times, just like what happened to Eveningstar.” Maybe that inspiration will fade, but hopefully, she’ll read another book, and then another, that will inspire her in the same way.

Janet. Oh, that’s a beautiful letter, Chris. Your novel gave her the gift of courage in tough times. One of the reasons I reached for books as a child was to learn courage. It’s still a core reason I go looking for stories with human characters who struggle and manage to overcome. I think this hits on the power of story as it’s evolved through humankind since the very beginning. When hunters told and danced stories at the fire with, “This is what happens when you corner a tiger” warnings, and, “This is how we overcame the danger and survived.”

On a primal level, stories help us survive. On an emotional level, stories touch the human heart. Authors, teachers, and librarians can be ambassadors of the healing power of stories. It is one thing we can do.

Chris: Plus, a book where nobody overcomes anything would be pretty dull! 🙂 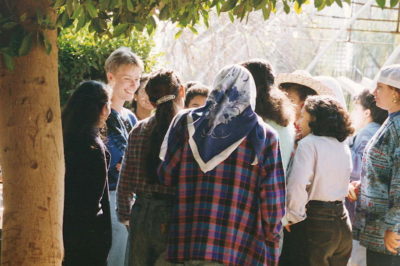 <– Chris in Egypt
Since we’re talking about social justice, I want to touch on diversity. We need diverse books, and more #OwnVoices books – books featuring diverse characters written by authors from that same group. There aren’t enough publishing slots available for all the great books being written, and it’s hard enough for each of us to build and maintain our own career. Still, the children’s book writing community is wonderfully supportive.

We can combine our camaraderie with social justice by supporting diverse writers and stories: Make sure those writers feel welcome at meetings. Find someone to mentor. Share news about publishers, agents, awards, grants and so forth. And of course, buy, read, and recommend diverse books. 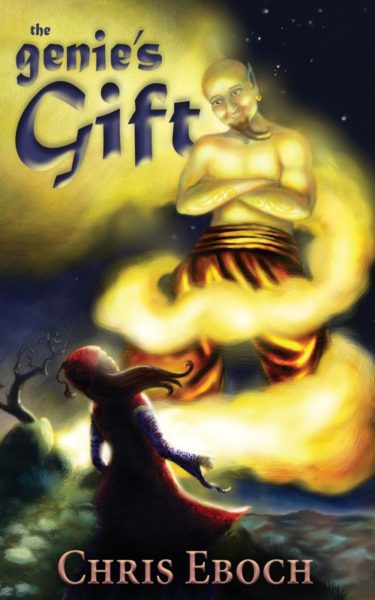 I’m going to give a specific example, not to show off, but to emphasize the need to actually act on our good intentions. I was working with a publisher who wanted more diverse topics. Of course, I can pitch my own topics on diversity, which helps me. But I referred about 10 people from diverse backgrounds, mostly unpublished writers, to the editor. I don’t know how many will wind up publishing books, but at least they get the experience of working with a publisher on a pitch and proposal.

Chris: I also heard about a Facebook group that analyzes published novels using Writing the Breakout Novel. That concept might work for mentoring groups of diverse writers. I’m going to develop the idea a bit and share it with SCBWI and another organization.

Janet: Great suggestions, Chris. I’ve also read a good post about the importance of sharing your manuscript with culturally sensitive readers before publication to assure you are getting it right. Publishers Hiring Book Readers to Flag Sensitivity  I sent The Double Life of Zoe Flynn to a young Muslim woman for her feedback and got a long, concise letter regarding Aliya and her family.
Asma Gull Hasan is in my acknowledgments. I was so grateful to her for her insights.

Part of our job as writers is to be Active Listeners who honor other people’s stories.

Chris: Yes, supporting authors from diverse backgrounds is key in making sure everyone is represented and heard. Writing our own diverse characters – with appropriate research and vetting from people in the community – is also important. We may not have lived those lives – or the lives of any of our characters – but we can draw on our own empathy (and research) to create authentic characters. 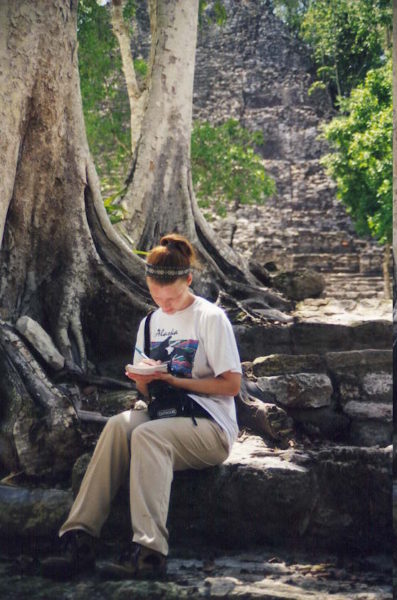 <– Chris writing in Coba, Mexico
There are risks when writers bring diversity into their work when they are not from that group themselves. Sometimes people make mistakes, and it’s healthy to discuss the problems and encourage people to do better in creating honest, non-stereotypical diverse characters. But if we become too critical, people become afraid to take chances, and that won’t increase the number of wonderful, diverse topics and characters available.

I’ve written historical fiction set in ancient times, which makes it a little easier. No one really knows how people thought in ninth-century Mayan Guatemala, or in ancient Egypt, so I have more leeway. (And I assume that most people, throughout history, were motivated by the same things that motivate us today. It’s not like the seven deadly sins have gone out of style.) Plus, I’m “translating” their words into modern English, so I don’t have the issue of dialect.

I still think these stories can be inspiring to kids today by valuing those cultures and showing nonwhite characters having fantastic adventures. My Mayan and Egyptian books also show those kids as the majority, the people in power – a reminder that white American/European culture has not always been the standard against which others are judged. 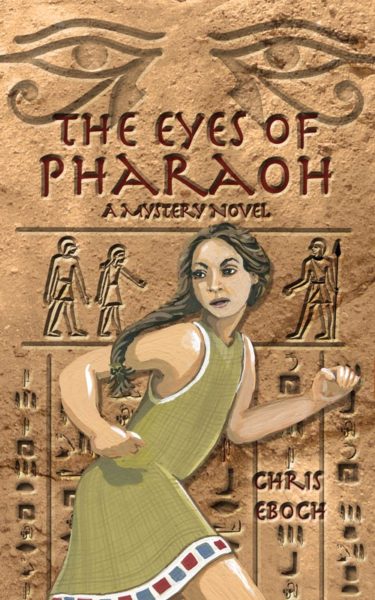 Janet: Your books set in Ancient Egypt and in ninth-century Guatemala are a great example of character empowerment in nonwhite cultures. Young readers get to take a ride back in time and go on an adventure with a compelling kid their own age outside their culture. Brava!

Stories touch, translate, transport, and if we are very lucky, our stories transform readers by widening the reader’s cultural awareness and creating empathy.

Chris: Maybe there’s less angst for the reader if it’s an ancient culture and the characters don’t have to deal with the issues of today. The brown-skinned hero doesn’t always have to face racism. Of course, in The Eyes of Pharaoh, the Egyptians feel like they are the best, and therefore could never be overthrown by the hordes of barbarians who might want what they have…. And The Well of Sacrifice opens with the main character meeting a scary “outsider” in the jungle (but then befriending him). So contemporary issues do come up, just in a different format. That distance allows readers to see today’s issue from a different angle.

Janet: Yeah. Stories take us outside ourselves. Readers get to take a breather from daily life and try someone else’s life for a while. They get to deal with the character’s world and problems, witness their courage and their frailties. Hopefully, after going on an adventure with this new friend, the reader returns to the world with a broader perspective on race, culture, and social justice

Chris: Yes! So to bring this back to the beginning, there is value in our writing, whether we directly address social justice, or show characters behaving honorably, or get a child laughing so they’re more likely to pick up another book. We shouldn’t use this as an excuse to ignore all other forms of activism, but we do need to save time for our writing and honor the value of writing and books. They make our world a better place. 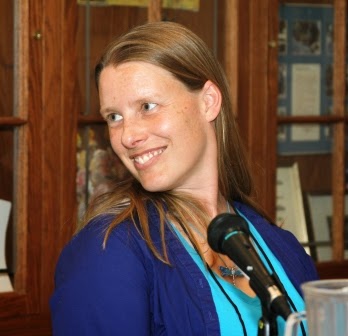 Chris Eboch is the author of over 40 books for children, including nonfiction and fiction, early reader through teen. Her writing craft books include Advanced Plotting, and You Can Write for Children: How to Write Great Stories, Articles, and Books for Kids and Teenagers.