Dreamwalks is celebrating another new summer read this month with Dan Richards, author of the hilarious book STU TRULY 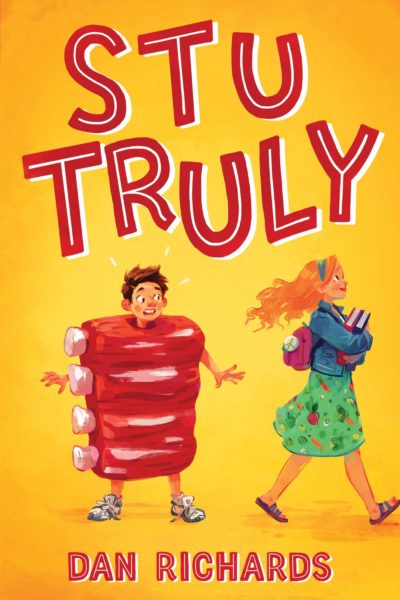 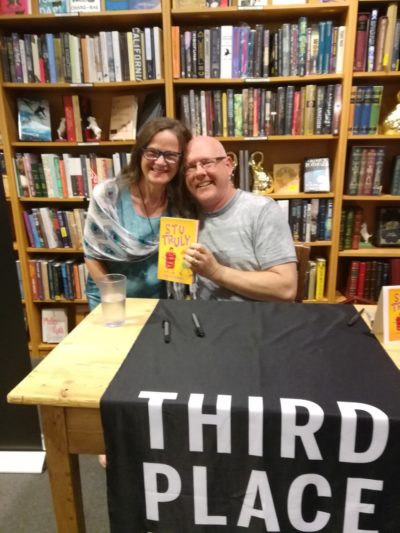 Dan has kindly offered a signed copy of his book to some lucky Dreamwalker. Hurrah! (see contest below!)

And Now For The Interview
Janet: When did the idea for this book first pop into your head? 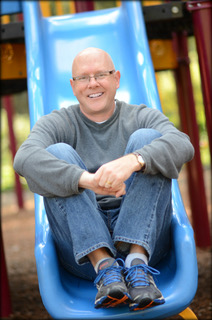 Dan: I had been thinking about writing a humorous, first-person novel for a while. When my son entered seventh grade it brought back a lot of memories from my own years in middle school. All the changes that suddenly took place, seemingly against my will. Including having my first crush. While reflecting on those experiences, Stu’s character popped to mind and began telling me his own, much funnier story. It made me laugh at what is arguably the most difficult transition young people face. I sat down and started writing.

Janet: I challenge you to show us a photo of you around that age. 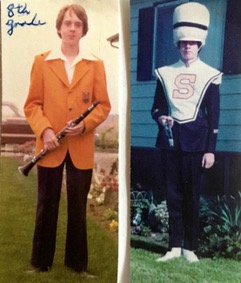 Dan: The image on the left is me in middle school band. In the matter of a year, I went from being short and gangly to tall and gangly. And from playing with toy soldiers to being interested in girls. There was a period when I didn’t know which way was up. Or what was happening to me. Actually, I still feel that way sometimes. Oh, and I hated the clarinet.

Janet: The book is full of Stu Attitude or Stuisms. One of my favorites: “I’d rather be eaten by piranhas in my own bathtub than forced to join a teen idol website.” Ha! How did you find this natural sounding kid voice?

Dan: Not sure I want to admit this, but I think I’m pretty much a 12-year-old residing in an adult body. Mostly I let myself free associate every time a description was needed. The weird thing for me was in realizing my brain actually works this way, and that now everyone is going to know.

Janet: I thought it would be fun to do a flip test. What do you think, Dan?

Janet: Well, it’s where I just flip open a spot in the book, then ask a question from wherever I’ve landed. Ready?

Janet: Okay so (drumroll please) Ah, I landed on page 90! Here’s the snippet (by the way the “He” is Stu’s dad.)
He approached and held one of my arms out to the side while he slid the tape from my
wrist to my shoulder.
“What are you doing?” I asked.
He stepped back and wrote in a notebook. When he finished, he squatted and measured
my inseam. “Nothing much.” The mischievous grin had returned. “Just measuring.”
I could think of nothing good that could come from my father taking my measurements. “Seriously, you’re not thinking of taking up sewing again, are you?” My father had the impulse one year to hand sew our Halloween costumes. I ended up with a costume that looked like Winnie the Pooh after a knife fight. My brother had it even worse. My father sewed him a tomato costume that came out looking like a diseased liver.
My father paused. “You’ll see.”
I headed inside. “Whatever it is, I’m not wearing it!” I yelled over my shoulder.

This scene had me laughing and worrying for Stu at the same time. How did you create the authentic feeling characters in Stu’s home life and school life?

Dan: My father was nothing like Stu’s dad so I’m not exactly sure how his character developed. From the beginning, I wanted him to be funny but in a different way from Stu. Dialing Stu’s dad in took multiple revisions to get him to a point where he felt authentic, yet still funny.

Stu’s friends came from my observations of my son Paul and his friends in seventh grade. I coached their basketball team, so I spent a lot of time around them and was continually entertained by their gross out trivia and the way they teased each other as only tween boys can. 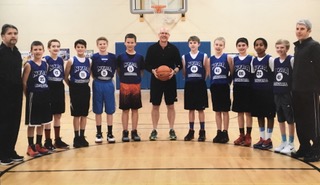 A lot of their personality traits made it into the story. Beyond that, I tried to entertain myself in the hopes if I could make myself laugh then maybe others would laugh, too.

About the Book
Stu Truly is the coming-of-age story of 12-year-old Stu as he struggles to navigate the murky waters of adolescence when he finds himself living a lie-that seems to be growing beyond his control-to impress the new girl in school. When Stuart Cornelius Truly first sets eyes on the new girl, Becca, he staples his finger to his seventh-grade history assignment. The second time he sees her, he coughs up a bite of her lunch-a vegetarian roasted pepper sandwich-all over her sweater and promptly lies, claiming that he, too, is a vegetarian. Their third encounter goes more smoothly, but Stu’s lie turns out to be harder to keep than he expected, especially since his family owns a butcher shop. In this hilarious, heartwarming, contemporary middle-grade novel, Stu suddenly begins to realize the opposite sex exists (and isn’t so bad, after all!). Can Stu learn to successfully navigate old friends, new crushes, and horror-filled school dances, or will his lie, intended to impress his crush, actually cause his world to fall apart?

And now for the book giveaway. Yay!!!!
How to Enter. To those of you who are new to Rafflecopter, you can simply sign in (your name remains private and is only viewed by Janet when she spins final list to pick a random winner). Or you can to tweet the giveaway. (The tweet is written for you ahead of time. You just need to click. Also, you need to click “I Tweeted” to confirm the entry). Good Luck All!