This year my Earth Day offering is forest restoration. Step into the excerpt from The Dragons of Noor below, enter to win a signed copy, and I get the delightful job of donating to Plant a Billion Trees for each person who enters. Random winner will be announced on Arbor Day. What could be better than that?

In the excerpt below from chapter two, Miles witnesses the falling of the ancient Waytree wood.

I wrote this section at Children’s Hospital the week our teenage son had major surgery. I felt like I was crumbling as I witnessed his pain. We were with our son in this time just as Miles witnesses the falling forest.

But that is not the end of the story.

The full story for our family includes my grown son who is a light in the dark world. The full story includes Miles and Hanna journeying halfway around their world to find the great worldtree in need of restoration. And for the rest of us, our story is not over either. Earth’s trees are threatened, but the ancients still stand in tiny glades and great forests all over our world, translating carbon dioxide into oxygen, making the very air we breathe. The air you are breathing now.

The Dragons of Noor is called a fantasy. I wrote the tale twelve years ago, but year on year scientists continue to discover the wondrous importance of trees that clean our air, our water. We’re learning from trees like the 80,000-year-old Pando that is among the oldest living things on planet earth. The Dragons on Noor tells of trees who store ancient information that’s key to our survival. Science is now revealing this as true. And, yes, trees speak.

Day on day scientists affirm things I only dreamed of in my story.
I’m grateful to be a part of the whole unfolding story the trees have known all along.

from The Dragons of Noor Chapter Two

When the Waytree bridges fall,
Roots die binding all to all.
—Dragons’ Song

The forest floor rose and fell as if heaving in a breath. Miles stumbled against his dog, Breal, and fell backward on his hands. The birch to his right split open with another loud crack. Miles pushed himself up, trying to find his footing on the heaving path.
The trees swayed and buckled as if riding a stormy sea. Small black fissures grew up an oak trunk, splitting wider and wider.
“Watch out, Breal!”
Boom!
Ahhhhh! Ahhhhh! The sound of voices knelling. Hissssss!

Branches rained down from all sides, from oak and birch and pine. Breal took off. Miles covered his head and raced behind his dog. His breath came hard as he sped down the trail, broke through the trees, and sprinted over the bridge. Across the river on the crest of the hill, he stopped at last and turned again. Hands on knees, he sucked in ragged breaths and gazed toward Othlore Wood, where a singular storm was raging.

The school gate had opened, and meers and apprentices flooded through. In the glade across the river more trunks darkened, thunderous sounds echoed down the foothills as trees buckled and hit the earth. Deep mist rose above the collapsing canopy, rolling in gray waves toward the center of the wood.
Miles stood in the blowing grass with all the others. The earth was still, the evening sky dark but clear. A light breeze crossed his skin. The Waytrees were not toppling in a wind, not falling in a quake, but in some raging magic beyond their ken. A flock of crows flew upward like a black cape tossed into the air. More birds abandoned the wild woods, screeching and twittering with terror as they darted past.

The Music Master began to sing the Kaynumba, and others joined him in the ending chant, knowing they could not battle a magic storm coming from the heart of the wood.

Miles’s head was filled with sound; he felt as if his bones were breaking. Centuries ago, the dragons had fought a war to protect the Waytrees. The birch deya said they’d flown. Where had they gone? He reached for a branch that had blown clear of the forest, leaning his full weight on the staff.

The birch branch was not yet blackened by the sickness that was taking Othlore Wood. Miles wrapped his fingers around it and felt skin to bark as if he held the hand of one who was dying. His granda’s hand had felt like this—dry, slender-boned, cool to the touch, just before he passed.

Kaynumba, eOwey, kaynumba. The ending comes, O Maker, the ending comes. Meers and students from every discipline sang as the trees passed away. Miles tugged his ervay from its leather bag. His fingers passed along the sylth silver as he played the Y-shaped flute along with the chanters.

On the topmost point of the hill, Meer Ellyer appeared, his russet cloak sweeping out behind him. The High Meer’s lips did not move, for silence was his offering, but his hands were held out to the storm so all could see his meer sign—the Othic symbol for wind-fire—dancing blue on his left palm.

Just before dawn, the breaking was at an end. A few small saplings still stood, down by the shore and on the far side of the mountain, but the ancient trees lay flat and smoldering on the forest floor, all pointing inward to the place that was once the heart of the wood. 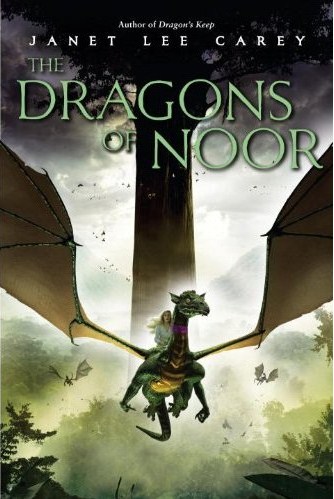 For everyone who enters to win a copy of the tale, I get to give a donation to Plant a Billion Trees A happy way to celebrate Earth Day.
“Forests are the lungs of the Earth, storing enormous amounts of carbon dioxide and releasing oxygen in a never-ending cycle. Large, healthy forests can help stave off global warming. Plant a Billion projects in the United States will increase the ability of America’s forests to filter air.”

“Forests are critical in maintaining the Earth’s limited supply of drinking and fresh water, and many large U.S. cities depend on healthy forests to provide a source of clean water. Forests filter 50 percent of the nation’s water supply. Help protect these sources of fresh water for people and nature.”

Note: To those of you who are new to rafflecopter, the only thing you have to do is tweet. The tweet is written for you ahead of time. You just need to click the down arrow. You can enter each day if you like or enter just once. Your entry won’t show up here right away. Good Luck All!