Welcome to YA Scavenger Hunt!

This bi-annual event was first organized by author Colleen Houck as a way to give readers a chance to gain access to exclusive bonus material from their favorite authors…and a chance to win some awesome prizes! At this hunt, you not only get access to exclusive content from each author, you also get a clue for the hunt. Add up the clues, and you can enter for our prize–one lucky winner will receive one signed book from each author on the hunt in my team! But play fast: this contest (and all the exclusive bonus material) will only be online for 72 hours!

Go to the YA Scavenger Hunt page to find out all about the hunt. There are EIGHT contests going on simultaneously, and you can enter one or all! I am a part of the Red Team 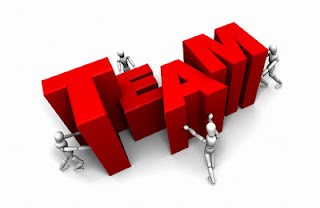 But there is also a blue team, a gold team, an orange team, a green team, a purple team and a pink team, and an indie team for a chance to win a whole different set of signed books! 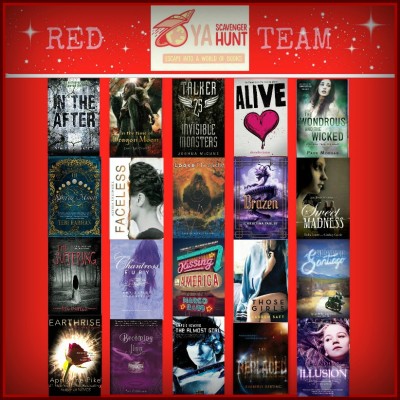 If you’d like to find out more about the hunt, see links to all the authors participating, and see the full list of prizes up for grabs, go to the YA Scavenger Hunt page.

Directions: Below, you’ll notice that I’ve listed my favorite number. Collect the favorite numbers of all the authors on the red team, and then add them up (don’t worry, you can use a calculator!).

Entry Form: Once you’ve added up all the numbers, make sure you fill out the form here to officially qualify for the grand prize. Only entries that have the correct number will qualify.

Rules: Open internationally, anyone below the age of 18 should have a parent or guardian’s permission to enter. To be eligible for the grand prize, you must submit the completed entry form by October 5th, at noon Pacific Time. Entries sent without the correct number or without contact information will not be considered. 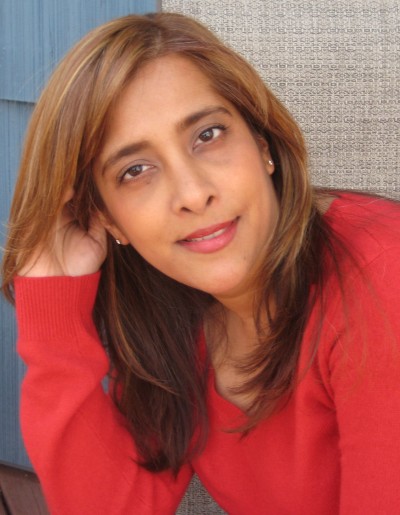 Today, I am hosting Amalie Howard on my website for the YA Scavenger Hunt!

AMALIE HOWARD grew up on a small Caribbean island where she spent most of her childhood with her nose buried in a book or being a tomboy running around barefoot, shimmying up mango trees and dreaming of adventure. 22 countries, surfing with sharks and several tattoos later, she has traded in bungee jumping in China for writing the adventures she imagines instead. She isn’t entirely convinced which takes more guts.

She is the award-winning IndieNext author of Alpha Goddess, The Aquarathi series, The Riven Chronicles series, and the Cruentus Curse series. Her novels have been critically acclaimed by Kirkus, PW, VOYA, and Booklist, and her debut novel, Bloodspell, was a #1 Amazon bestseller and a Seventeen Magazine Summer Read. She currently resides in Colorado with her husband and three children. Visit her at www.amaliehoward.com.

Find out more about her books here! 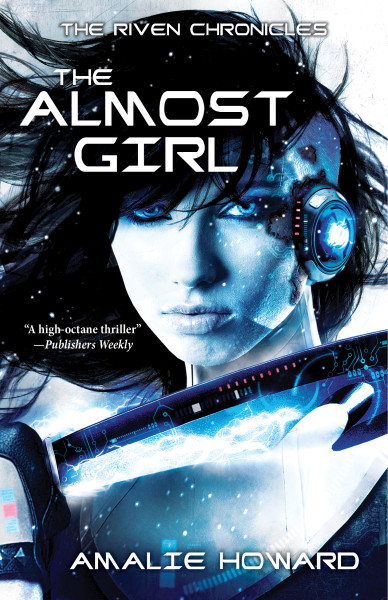 17 year-old Riven comes from a world ravaged by a devastating android war, a parallel world to Earth. A Legion General, she is the right hand of the young Prince of Neospes. In Neospes, she has everything: rank, responsibility and respect. But when Prince Cale sends her away to find his long-lost brother, Caden, who has been spirited back to modern day Earth, Riven finds herself in uncharted territory. Thrown out of her comfort zone but with the mindset of a soldier and in a race against time to bring Caden home, Riven has to learn how to be a girl in a realm that is the opposite of what she knows. Will Riven be able to find the strength to defy her very nature? Or will she become the monstrous soldier she was designed to be?

We’re at an impasse, staring at each other with stubborn fury. I’m not above using force to get my way, but Shae’s just taken out two Vectors. Alone. I’m not about to make any rash and stupid decisions about her combat skills or apparent exhaustion. The silence hangs between us like an impenetrable wall as we stare at each other across the five feet that could well be an abyss. After a few tense minutes, Shae clears her throat.

“Do you remember that day? When I left?” Shae asks, and I give the barest of nods. It’s a day that’s etched into my memory so deeply that I couldn’t forget it if I tried. “I wanted to take you with me, but you wouldn’t go,” she says. Her laugh is empty. “You remember what you called me?”

She doesn’t have to say it; we both know what I said.

“That was the day I realized that you were your father’s daughter. He robbed you of anything close to love,” Shae says. “You chose to stay with him out of fear for him than out of love for me. He owned you then, and he owns you now.”

“He used to say that I could never be a killer because I was too emotional. Said I loved too much. How can someone love too much? He said I was too much like mom. Soft. I proved him wrong even though I died a little bit inside every time I took a life.” At Shae’s words, my eyes feel like there’s sand behind them, and a boulder settles in the pit of my stomach. “But he was right about you, wasn’t he? The stone cold sister? The one who wouldn’t be torn by emotion, the one who kills without feeling a thing? Servant to the monarchy… obeying orders without question. He’s made you into their killing machine. So what? You’re going to kill me now, Riven?”

And don’t forget to enter the contest for a chance to win a ton of signed books by me, Janet Lee Carey, and more! To enter, you need to know that my favorite number is 173. Add up all the favorite numbers of the authors on the red team and you’ll have all the secret code to enter for the grand prize!
CONTINUE THE HUNT

To keep going on your quest for the hunt, you need to check out the next author Chandler Baker here

Note: some authors will offer an additional, individual giveaway. If you want to do this, please feel free to do so.