Two Truths and a Lie: Histories and Mysteries Blog Tour

Welcome to the TWO TRUTHS AND A LIE: Histories and Mysteries Blog Tour 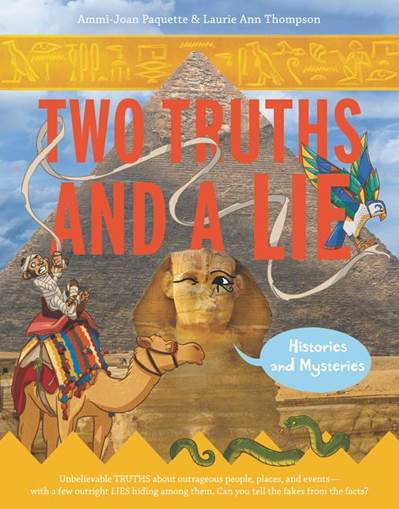 Library Lions Roar gives a Mighty Paw of Approval for this fascinating book! We’re thrilled to be the first post on the blog tour celebrating the book and Laurie Ann Thompson’s Birthday!  🙂

Peruse the fabulous Two Truths and a Lie Educator Guide.

And see the rest of the tour URLs below for more surprises to come!

Video below shot in Union, WA–try our sneak peek at a sidebar guessing game.

Authors Interview
1- Two Truths and A Lie: Histories and Mysteries is wildly entertaining! You both did such an excellent job pairing all the unbelievable (yet true) stories with the fictional ones. I have to say you fooled me a few times. I probably didn’t do enough research, which is part of the point, isn’t it? 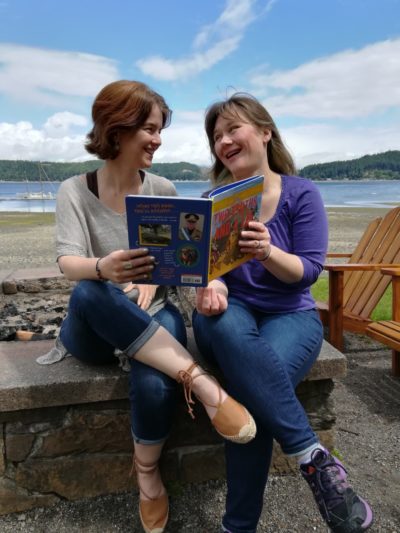 A: Thank you! That is very gratifying to hear. 🙂 We did make a special effort to walk that line between believable and yet just a bit outside of the realm of possibility—and sometimes that line is very thin indeed. This is, as you say, where research comes in. That’s a big part of the subtext we are hoping that readers will gain from this book: the importance of reading with an eye to always question, research, and verify.

2- What criteria did you use to choose the histories and mysteries in this book?

A: First and foremost, the stories had to be kid-friendly, which means they had to be both entertaining and accessible to our young readers. Would our readers find them interesting? Would they be able to understand them and relate to them somehow? Were they “safe” and not too scary, even when readers start researching on their own?

3- Were there any stories that didn’t make the cut? Why?

A: There were so many that stories that didn’t make the cut! It was primarily due to space limitations, but there were also stories that didn’t line up with the topic quite as well as we wanted them to, or ones that were good but were bumped in favor of similar ones that told a better story. One that was originally on our list was The Battle of the Oranges, a yearly food fight that takes place in a town in Italy. When we began researching, however, we discovered La Tomatina—an all-out brawl using squishy, overripe tomatoes. Unfortunately, only one of these could prevail, and those tomatoes were so gooey… 🙂

4- You had me puzzling over a dog’s mayoral election, crazed cannibal rats, a ghost train and so much more. Looking at all the stories (true and false) and the witty sidebars, did you have a favorite?

A: Kids ask us this all the time at school visits, and it’s usually nearly impossible for us to answer! In this book, however, a few of the stories do stand out for each of us. Laurie absolutely loves the stories about Audubon’s prank gone wrong and Ben Franklin’s fart joke, perhaps because they show both of them as oh-so-human and not nearly as serious and full of themselves as we might expect. And Joan adores the story about Tilly Smith, an ordinary girl who put her education to work and saved hundreds of people from a tsunami.

5- Teachers and librarians have been waiting for this book! Anything special you’d like to say to them here about book two?

A: We hope they enjoy it! We both love that this book allowed us to explore some completely different subject matter–history, geography, and culture–than Two Truths and a Lie: It’s Alive! did, which was focused on life science topics. We had a lot of fun researching these stories, many of which contained more of a human element than the ones in the first book. We’re both fascinated with science, but the stories in Histories and Mysteries were such fun thanks to the variety of characters involved.

More About the Book
Unbelievable TRUTHS about outrageous people, places and events—with a few outright LIES hiding among them. Can you tell the fakes from the facts?
Did you know that a young girl once saved an entire beach community from a devastating tsunami thanks to something she learned in her fourth-grade geography lesson? Or that there is a person alive today who generates her own magnetic field? Or how about the fact that Benjamin Franklin once challenged the Royal Academy of Brussels to devise a way to make farts smell good?
Welcome to Two Truths and a Lie: Histories and Mysteries! You know the game: Every story in this book is strange and astounding, but one out of every three is an outright lie.
Can you guess which stories are the facts and which are the fakes? It’s not going to be easy. Some false stories are based on truth, and some of the true stories are just plain unbelievable! Don’t be fooled by the photos that accompany each story—it’s going to take all your smarts and some clever research to root out the alternative facts.

From a train that transported dead people to antique photos of real fairies to a dog who was elected mayor, the stories in this book will amaze you! Just don’t believe everything you read. . .

More About The Authors 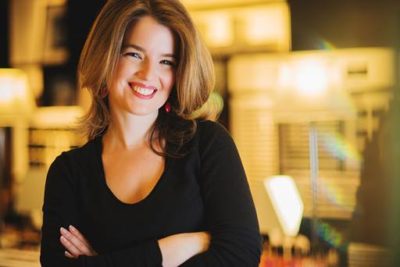 Ammi-Joan Paquette loves caves, hates mushy bananas, and is ambivalent about capybaras. She is the author of the novels The Train of Lost Things, Paradox, and Nowhere Girl as well as the Princess Juniper series and many more. She is also the recipient of a PEN/New England Susan P. Bloom Children’s Book Discovery Award honor. Joan lives outside Boston, Massachusetts, where she balances her own writing with her day job as a literary agent. You can visit her online at www.ajpaquette.com. 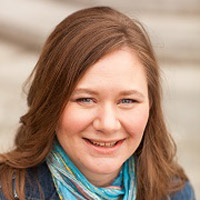 Laurie Ann Thompson loves capybaras, hates caves, and is ambivalent about mushy bananas. She is the author of several award-winning nonfiction books, including Emmanuel’s Dream,  a picture book biography of Emmanuel Ofosu Yeboah, which was the recipient of the Schneider Family Book Award and was named an ALA Notable Book and a CCBC Choice, among other accolades. She lives outside Seattle with her family, and you can visit her online at www.lauriethompson.com