Beyond Your Comfort Zone

Are you feeling called to create beyond your comfort zone? You’re not alone. The marvelous Trudi Trueit, author of the renowned Explorer Academy series with National Geographic, is here to talk about facing that challenge in big and small ways. This is risky business. Let’s talk about it.

Janet: Welcome, Trudi. I was recently at your book launch for The Forbidden Island, book seven of the Explorer Academy. 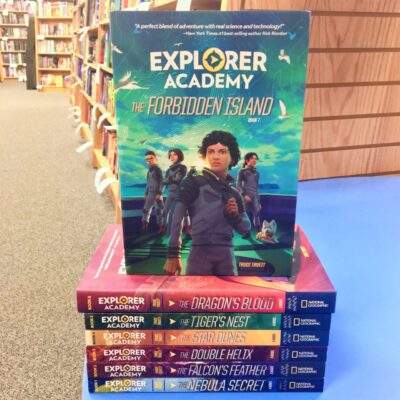 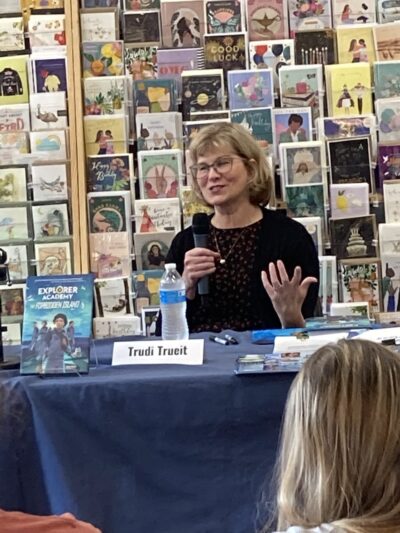 I imagine working on this series gave you plenty of opportunities to create beyond your comfort zone. Can you share some stories with us?

Trudi: Thanks, Janet. I’m so excited to join you! It’s hard to believe the final book in the series is now out in the world. Back when I started writing Explorer Academy in 2016, I wondered if I was getting in over my head. Up until National Geographic approached me with the project, I’d been writing realistic tween fiction and nonfiction library books for kids. I’d always wanted to write a science-based adventure series but wasn’t sure I had the skills to do it well. Actually, that’s not true. In the back of my mind, I knew I could do it, but I was afraid to try.

Then Nat Geo came to me with an idea for a traveling school where the students learn about subjects like archaeology, marine biology, and cartography and get to do many of the same things that the real explorers of Nat Geo do in the areas of scientific research. It was exactly what I had envisioned, and I knew if I let this opportunity go by, if I let fear keep me from trying, I’d regret it. It was the nudge I needed to dive into the pool and see if I could swim!

Janet: Trudi. I’m so glad you dove in, and you certainly proved you could swim. I often think of the moment of choice before I do something terrifying that’s beyond my comfort zone as a High-Dive moment. I could jump, or I could chicken out and climb back down the ladder. There’s an anxious rush that feels like sheer panic! But the rush can also be reframed as exhilarating energy.

Trudi: It is! Deep down, I must have known I was ready for that leap. It wasn’t nearly as overwhelming as I’d expected, and the challenge of doing something new made it fun to get up each day and write. It’s just like when you jump off that high dive. You realize it wasn’t nearly as frightening as you’d thought, and, in fact, you are eager to do it again!

Janet: Can you tell us about some times when you moved beyond your comfort zone writing the seven books in this series? Sometimes we fail. But sometimes, as you once said to me, the risk pays off. What happened?

Trudi: In Explorer Academy, I tried some things I’d never tried before in my writing. For instance, I wrote short chapters from the point of view of one of the villains. I didn’t know if these chapters would make it into the final book, but I gave myself permission to do them – again, to try. I used to be afraid to do that, to take those chances, because what if an editor didn’t agree or “get me.” But what’s the worst that could happen? They don’t make the final cut? Once you give yourself permission to explore (no pun intended!), the world opens up to you. Fortunately, my editors liked the villain chapters. They stayed for the entire series, and readers have told me they enjoyed that unique perspective.

Janet: The risk you took paid off. As readers listened and tried to understand the villain’s motives, they might have learned an essential skill that’s missing in the adult world these days when so many people are trapped in judgment, not listening to other people’s points of view, and are “taking sides.” What you did was a gift. 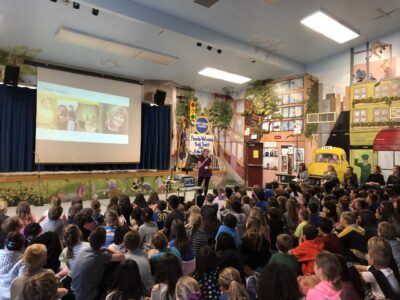 Trudi: Thank you, and it was a gift to myself, too, because it allowed me to get deeper into the head of the villain and make him a three-dimensional character, which is what we always strive for in our writing.

Janet: It was a demanding series to write. Writers are often called to leave their desks to explore (pun intended). Did you have to take any risks to do your research? And if so, can you pass on something you learned?

Trudi: It was daunting, particularly when it came to time management. I was writing one novel every six months, so I had to be quick and efficient when it came to doing research. In the series, the explorers travel to every continent in the world. 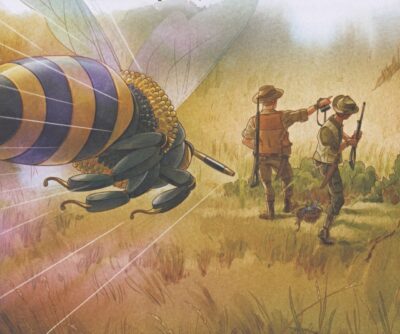 Naturally, I couldn’t visit all the places that I took the explorers to, so I had to rely on my research skills. I used to be a TV reporter, so that came in handy in the interview process. I did feel trepidation about calling the real Nat Geo explorers because they are busy people, but everyone was so gracious. What I learned is that most scientists want to pass along their passion and knowledge to the next generation. The explorers were immensely helpful in not only answering my questions but even in providing plot lines. They wanted to tell their stories, and I ended up with far more material than I knew what to do with! 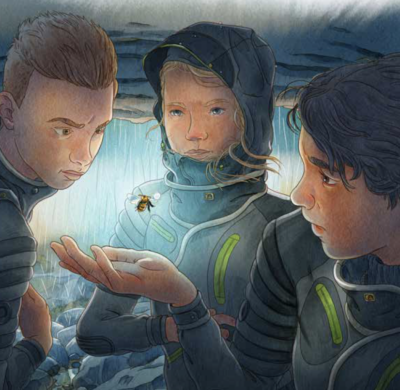 Janet: Cool! Interviewing is a skill in and of itself, and it takes courage. As a storyteller myself, I love that the National Geographic explorers even provided ideas for some plotlines, wanting to share their stories. One of the things I love about the series are the “Trudi Inventions” futuristic equipment the explorers use on their adventures. Here at Dreamwalks, we like to look at the mysterious, inventive part of the creative process. Can you tell us how you dreamed some of your intriguing inventions up?

Trudi: Talk about stepping outside my comfort zone! I am definitely not an engineer or inventor, but technology has always fascinated me. Even as a kid, I used to make up fun inventions like boots that could fly (with me in them, of course). First, I listed all of the gear that I thought the explorers would need, like GPS sunglasses, drones, communication devices, and so forth. Then, I tried to up the ante by adding futuristic features, such as the Mind Control Cameras that allow you to take a photo just by thinking about it. Emmett has emoto-glasses that tap into his brain waves and change shape and color based on his mood. Being a lifelong glasses wearer, I had been thinking about that one for a long time! What I love about science fiction is that when you need something, you just whip it up. If I want the explorers to, say, date and identify fossils, I can create a device that will do that very thing, ala The Portable Artifact Notation and Data Analyzer, or PANDA, unit. I confess I do love a good acronym. What I didn’t expect when I did my research is that many of the inventions I thought I was being so imaginative in dreaming up already exist. Not Emmett’s emoto-glasses, of course, but someday and probably sooner than I think.
Janet: Yes to the creative freedoms of science fiction! A favorite of mine is the Tech Robobees 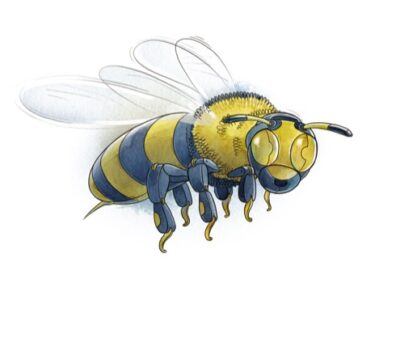 Dreamwakers, check out more inventions on the Explore Academy webpage and learn the Truth Behind Undercover Tech

Trudi: I’m so glad you love the robobees. My favorite character in the series is Mell, Cruz’s honeybee drone. I wasn’t sure how she would develop as the series went along (another step outside my comfort zone), but she ended up being a very loyal friend to Cruz who saves him more than once.

Janet: We’re near the end of our Dreamwalk, Trudi. Before we leave the trail, can you share what’s next in your creative life?

Trudi: I am pleased to say that I am not leaving the world of Explorer Academy just yet. We are creating another series, a spinoff for one of the characters who is a close friend of Cruz (not Mell, though I do think she’d do famously with a series of her own). I just finished the first book, and the new series will debut in 2024!

Janet: That’s great news to all your readers, Trudi. You are indeed an intrepid explorer. Thank you for taking the time to walk and talk and share your experience with us here on Dreamwalks. I loved exploring with you.

Trudi: Thanks for the stroll, Janet! I enjoyed our journey!

Dreamwalkers, what’s calling you beyond your comfort zone? 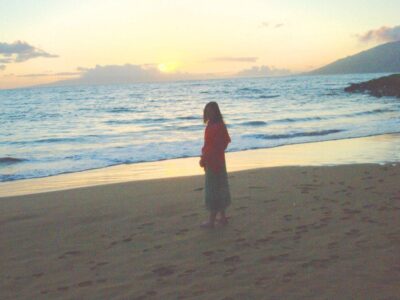